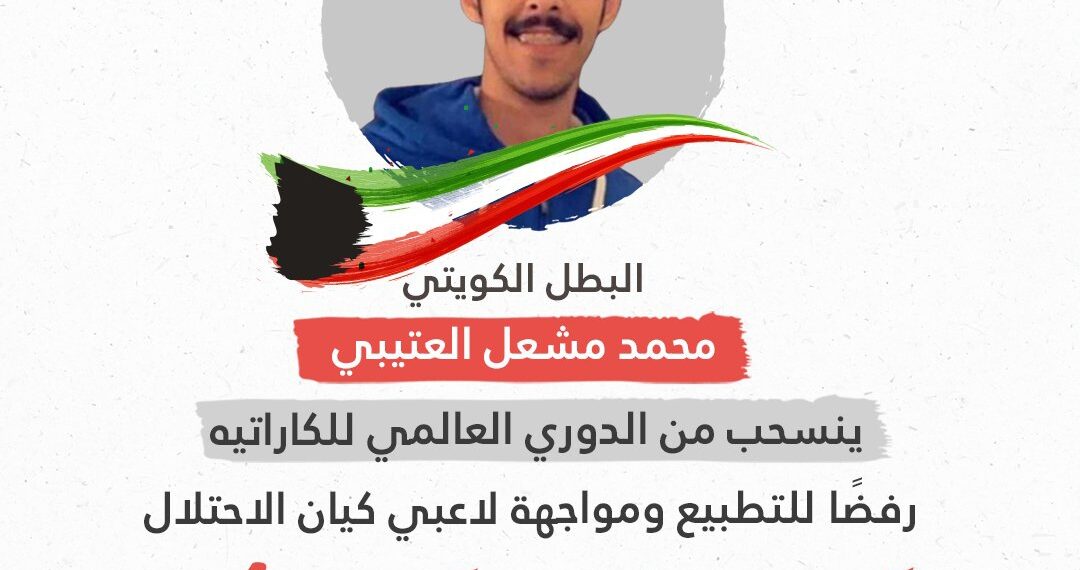 Kuwaiti karate champion Mohammed Al-Otaibi has pulled out of an international competition in protest against Israel.

Al-Otaibi was due to face an Israeli athlete in Karate K1 Premier League taking place in the Azerbaijani capital Baku.

His decision was widely praised on social media, where activists described him as a “true hero” for standing up for the Palestinian cause.

Kuwaiti athletes have often refused – in various sporting events – to compete against Israeli opponents in line with the Gulf country’s stance against normalizing ties with Israel.

Boycott4Pal, a media platform that covers Israeli boycotts and monitors normalization, lauded Al-Otaibi as a “new Arab hero”, who has “imprinted his name in the list of honor and heroism, rejecting medals, podiums, and titles, tainted with the shame of normalization with the occupation entity”.

Other anti-normalization groups described the move as a “victory of principles”, while others who commended him did so under the hashtags ‘Palestine is My Cause’ and ‘Normalisation is Betrayal’.

In May, fencer Kholoud al-Mutairi withdrew from the International Wheelchair and Amputee Sports Federation in Thailand in a similar fashion, where she was also branded “heroic” for her move in support of the Palestinian cause.

Tennis player Muhammad al-Awadi also snubbed his Israeli counterpart in an under-14 international competition in January this year.

Kuwait, like many Arab countries, does not have any diplomatic or commercial ties with Israel and has continuously enforced a series of laws punishing public expressions of support for the Israeli state, as well as upholding a ban on the import of Israeli goods.

Moreover, the Gulf country does not permit entry to Israeli passport holders and bars its citizens from visiting Israel.