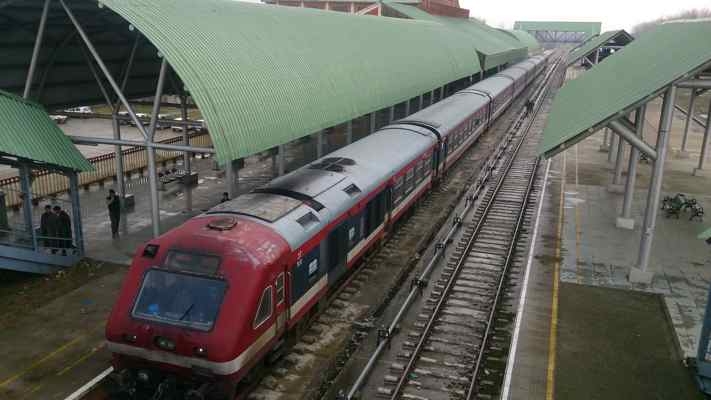 Srinagar, May 25: Train services from Srinagar to Banihal was suspended following protests at Arwani area of Bijbehara in south Kashmir’s Anantnag district on Friday.
The Srinagar-Banihal train service has been suspended due to the security reasons, a railway official said.
The official said that earlier, two trains ply from both the sides and were later suspended as a precautionary measure in wake of the protests at Arwani area.
However, train service from Srinagar to Baramulla and vice versa will operate as per the schedule, the official said.
Meanwhile, sources said that a group of people today morning took to streets and staged a protest demonstrations against the arrest of several youths during nocturnal raids in the area.
The protesters have stopped the train services at Arwani and are demanding the release of all the youth arrested by the Special Operation Group (SOG) of police during night raids.
A police officer when contacted said that they have picked up some youths from the area for questioning in connection with the firing incident on May 15 and grenade attack on May 23.
On May 15, an SPO was killed and another constable was injured after militants attacked a police vehicle at Pazalpora area of Bijbehara.
On May 23, ten persons suffered injuries after some unknown persons lobbed a grenade on a forces Gypsy which missed the target and exploded on the roadside. (GNS)