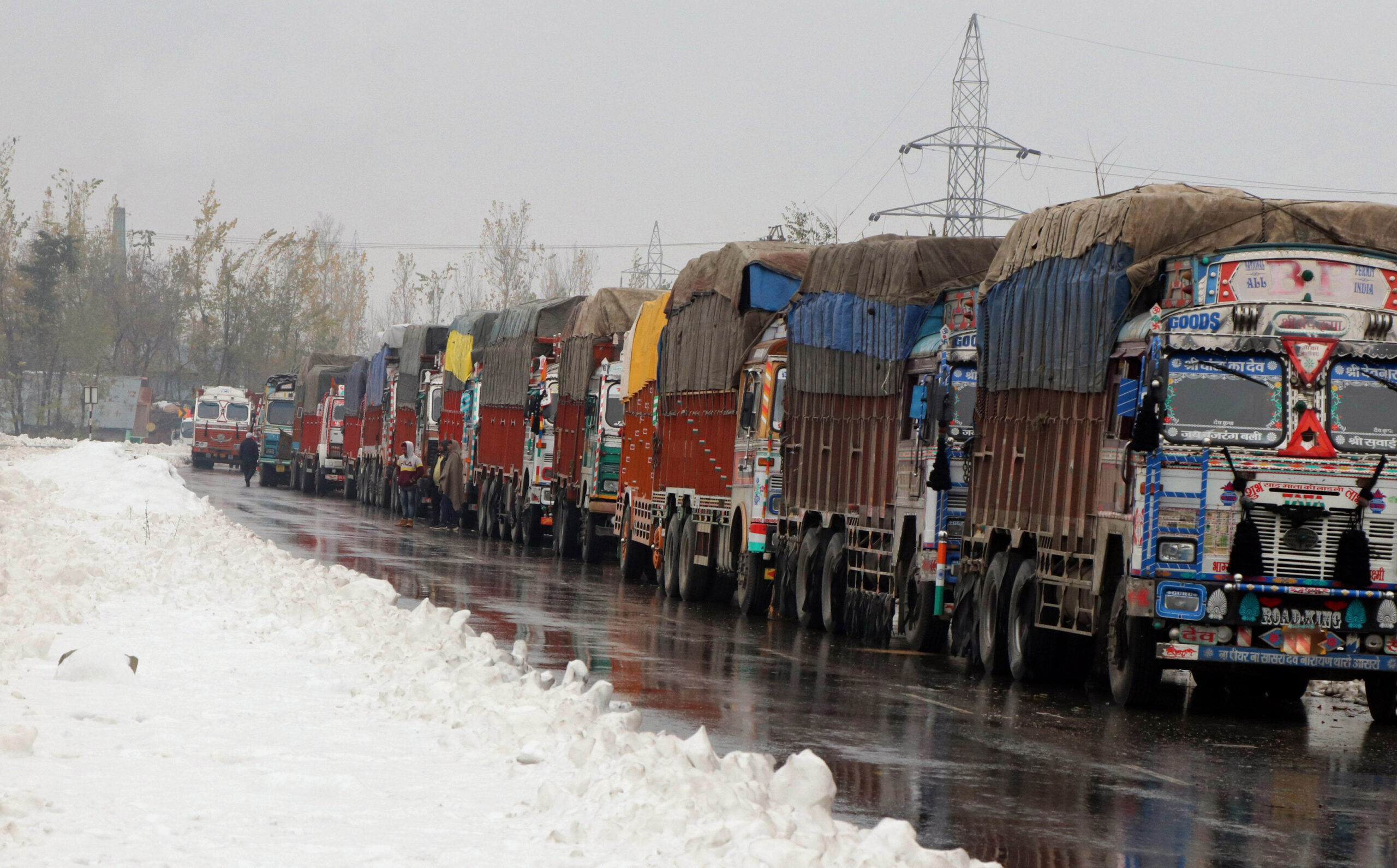 SRINAGAR: Traffic has again been suspended on the Srinagar-Jammu highway after fresh shooting stones and landslides occurred near Mehad and Cafeteria.

“Jammu-Srinagar NHW blocked due to landslide and shooting stones at Mehad Ramban. People are advised/ requested not to undertake any journey on Jammu-Srinagar NHW without confirming the status of NHW from TCU Jammu/Srinagar/Ramban @JmuKmrPolice,” tweeted J&K Traffic Police.

Traffic Control Room (TCR), Ramban, said traffic has not been allowed from Nagrota because of the road blockade. “Only Light Motor Vehicles (LMVs) were to be allowed from Jammu to Srinagar today. But landslides have occurred near Cafeteria. Traffic has been halted near Nagrota,” said an official at TCR, Ramban

On Tuesday, Traffic had resumed on the Srinagar-Jammu highway after authorities cleared most of the blockades and landslides. However, only Light Motor Vehicles (LMV) were allowed from Srinagar.

Last week, heavy rains and snow had triggered large-scale shooting stones and landslides. Besides, the road was slippery at many places.

“Subject to fair weather and better road conditions, passenger Light Motor Vehicles (LMV) shall be allowed from to Jammu to Srinagar. Traffic Control Unit at Jammu and Srinagar shall liaise with TCU Ramban before allowing the traffic,” traffic police had tweeted earlier.

Earlier, traffic was briefly restored on Thursday evening and the Jammu bound trucks were allowed to pass the vulnerable stretch. Nearly 1000 trucks from the valley were able to cross the landslide-prone areas before the road was closed again.

Meteorological Center Srinagar said the weather has improved significantly in Jammu and Kashmir. MeT said though snowfall has stopped, there is a threat of avalanches in some areas.