Tourism directors meet Bollywood biggies in Mumbai; ask them to ‘revive their connection with J&K’ 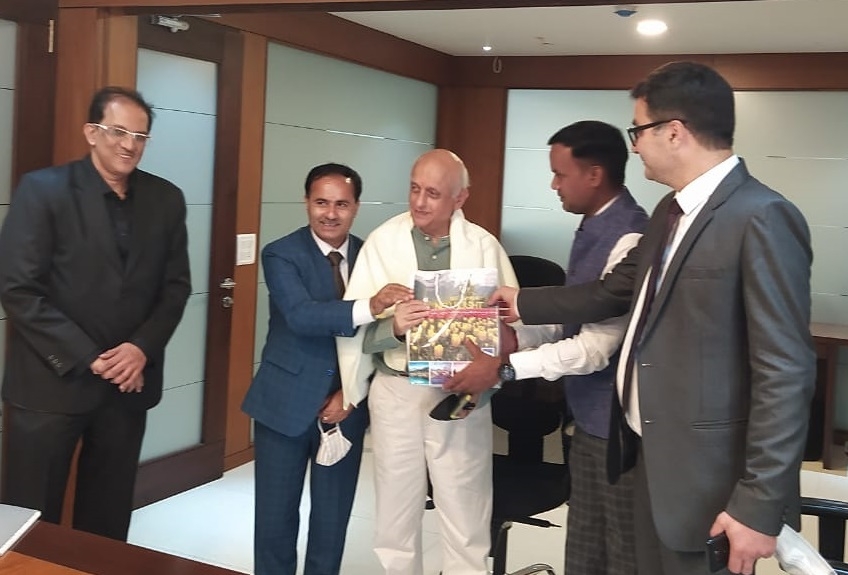 Mumbai, Sep 16: Director Tourism, Kashmir, Dr. G N Itoo and Director, Tourism, Jammu, Vivekanand Rai, who are on a promotional visit to Maharashtra on Thursday held a series of discussions with leading Bollywood production houses and film makers and impressed upon them to further revive their connections with Jammu & Kashmir.

During their interactions, the visiting officers   underscored the potential of film tourism in Jammu & Kashmir and the need to further strengthen the bond the place has been having with Bollywood.

The officers informed the leading producers and film personalities that recently J&K administration has launched a Film Policy which is aimed at providing a single window mechanism for shooting of movies. They were informed that besides the Film Policy aims at incentivising shootings in the UT and the Tourism Department would be doing all coordination in this regard.

Most of the film units and production houses evinced warm response to the call of shooting in Jammu & Kashmir while reaffirming to promote J&K through their film projects and hoped to shoot their upcoming projects in the UT. They recalled with nostalgia their past connections with J&K and the warmth they have received from the local people.

Several tour operators from J&K besides their counterparts from Maharashtra were present during these interactions.

It may be recalled here that to promote film tourism and persuade film world to consider J&K as their preferred shooting location, the J&K administration has recently launched Film Policy which has made the permission process  hassle free besides including incentives for producers opting for J&K as a shooting location.