Total Lunar Eclipse: Time, places in India where the last ‘Blood Moon’ will be visible today 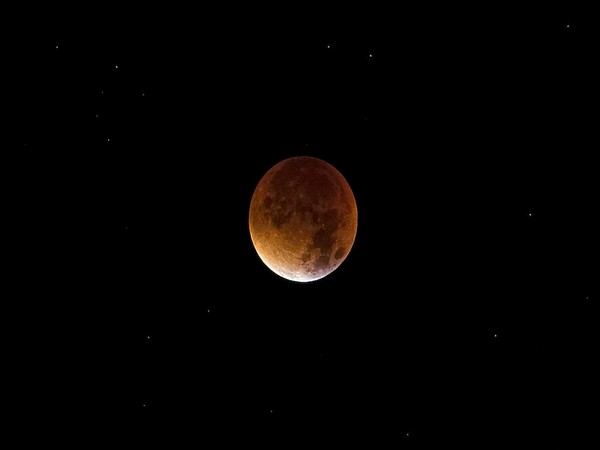 Get ready to witness the last total lunar eclipse of this year. North American Skygazers can see the moon to turning reddish tint on Tuesday.

Almost a year after the last total lunar eclipse, the sight of the moon sliding into the shadows of the Earth returns and graces the sky.

In India, the partial phase of the eclipse will begin at 2.39 pm while the total phase will start at 3.46 pm. The celestial event will end at 6.19 am.

Where in India will lunar eclipse’s total phase be visible

Viewers in North America, Central America, most of South America, the Pacific Ocean, Australia, New Zealand, and Asia will see the Moon darken and acquire a reddish in the wee hours of November 8.

When and how to watch blood moon

The Moon traverses the northern half of Earth’s shadow, with totality predicted to last 86 minutes. Mid-eclipse happens on November 8th at 10:59 Universal Time (UT), around six days before apogee, when the Moon is farthest from Earth in its orbit. As a result, during the eclipse, the Moon will appear 7 per cent smaller than it does when it’s at perigee (closest to Earth), but the difference is imperceptible. The eclipse on Tuesday will be a bit brighter than the one occurred on May — especially in the Moon’s northern half — since the Moon doesn’t glide as closely to the dark center of Earth’s shadow.

There are several delightful extras viewers can look out for while admiring the eclipse. During totality, Earth’s shadow dims the Moon sufficiently for stars to be visible right up to its edge. In addition, Uranus reaches opposition just a day after the eclipse, when it’s directly opposite the Earth from the Sun and at its closest and brightest. And on eclipse night the distant planet will be upper left of the red-hued Moon — binoculars will reveal the planet’s pale disk. The farther west you are, the smaller the gap between planet and Moon. Also, the Northern and Southern Taurid meteor showers peak around this time, so eclipse-watchers might be treated to a few meteors streaking across the night sky.

All stages of the eclipse occur simultaneously for everyone, but not everyone will see the full eclipse. Weather permitting, observers in western North America will witness the entirety of the event on the morning of November 8, with the partial eclipse phase beginning an hour or so after midnight. In Hawai’i, the totally eclipsed Moon will be directly overhead. Viewers in the central parts of the continent will see all of totality and most of the final partial phases, while those on the East Coast can watch the Sun rise as totality ends.

South America will witness the initial phases of the eclipse up to totality, while Central America can enjoy the show a bit longer and see it through the total phase. The eclipse is an early evening event in central and eastern Asia, Australia, and New Zealand, and the Moon rises either during the earlier partial phases or during totality.

The actual clock times of the eclipse depend on your time zone.

Mechanics of a Lunar Eclipse

“A lunar eclipse happens when the Sun, Earth, and a full Moon form a near-perfect lineup in space, in what is known as syzygy,” says Hannikainen. The Moon slides into Earth’s shadow, gradually darkening, until the entire lunar disk turns from silvery grey to an eerie dim orange or red. Then events unfold in reverse order, until the Moon returns to full brilliance. The whole process for the November 8th eclipse will take nearly six hours. You only need your eyes to see the drama unfold, but binoculars or a backyard telescope will give a much-enhanced view.

The events that happen during a total lunar eclipse are more complex and interesting than many people realse.

The Moon’s leading edge enters the pale outer fringe of Earth’s shadow: the penumbra. You probably won’t notice anything until the Moon is about halfway across the penumbra.

The event has five stages, each with different things to watch.