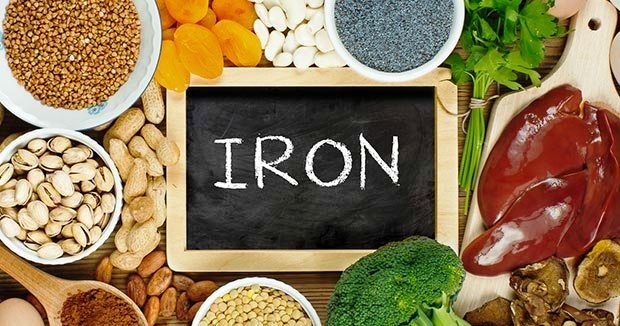 Iron is an important mineral for your overall health. All of the cells in your body contain iron. But most of the iron content is in the red blood cells. Red blood cells are responsible for transporting oxygen in your body from lungs to organs and tissues. Iron plays the role of creating energy from nutrients. Iron also plays the role of transmitting nerve impulses in the body. The nerve impulses signal actions in different parts of the body. Most people get their recommended iron intake from food sources of iron. Instances of foods rich in iron include meat, eggs, pulses, fish, dried fruits, spinach, legumes, pumpkin seeds, quinoa and turkey to name a few.

Here are top reasons why your body needs foods rich in iron:

Anemia caused by iron deficiency is the one which happens when there is not sufficient iron in your red blood cells. Lack of iron in red blood cells does not allow them to provide oxygen to cells and tissues. Anemia can cause weakness, fatigue, dizziness and difficulty in concentration. Deficiency of iron can be caused because of heavy-flow or prolonged menstruation, peptic ulcers, loss of blood because of trauma or blood donation and gastrointestinal bleeding because of constant and prolonged use of medicines like aspirin and ibuprofen.

Studies say that female athletes are at higher risk of iron deficiency. While the exact reason for this is unknown, experts believe that this may be because females need more red blood cells to carry oxygen in the body. In case you are an athlete or exercise rigorously, make sure of sufficient iron content at all times.

Women are more prone to risks of anemia as compared to men. This is because menstruation reduces iron content in the body. Thus, women must take note of their iron intake regularly.

People who are on kidney dialysis need extra iron. Erythropoietin is a hormone that is made by kidneys. This hormones plays the role of telling the body to make red blood cells. Anemia is a common side effect of kidneys not working properly. People who are on dialysis lose a small amount of blood during dialysis. Furthermore, diets which are recommended during dialysis suggest reducing intake of iron. You must ask your doctor about ways to maintain iron levels in the body during dialysis.

5. Pregnancy and after pregnancy

Pregnant or nursing women need around 27 mg of daily iron intake. Other women need around 15 to 18 mg of iron every day. Pregnant women do not need to increase intake of prenatal vitamins in case they are deficient in iron. It can make increase presence of other vitamins in the body and maybe harmful for the baby.

Babies take up a lot of iron content from their mothers when they are in the womb. This iron content is used during the first 6 months after the baby’s birth. Hence, mothers should increase their consumption of iron until their baby is 6 months old. Preterm babies need more iron content than others.

Iron deficiencies and attention deficit hyperactivity disorder (ADHD) are associated with each other. ADHD patients will have low levels of iron and ferritin. Ferritin is responsible for storing iron inside cells to be used at a later stage.