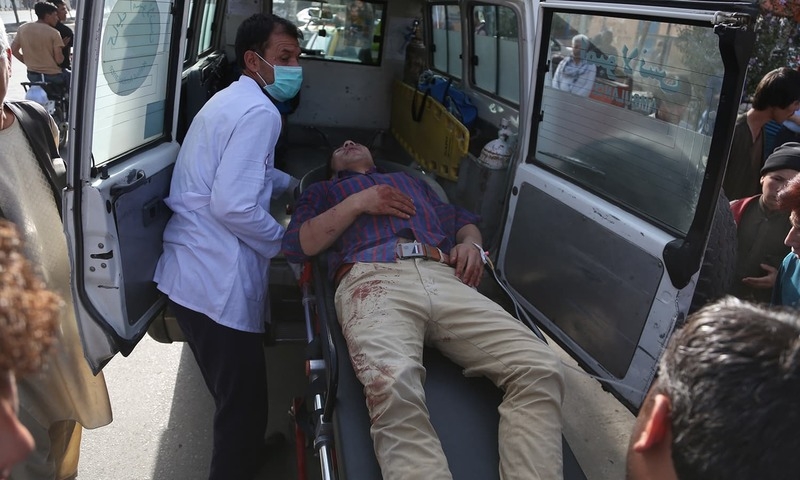 Kabul:At least 48 students were killed and 67 others injured in a suicide bomb blast targeting a private educational centre in Dasht-e-Barchi locality of Afghan capital Kabul on Wednesday, the Public Health Ministry said.
Many of the injured remained in critical condition. Earlier reports said that 25 people were killed and 36 others injured, Xinhua reported.
Most of the victims were high school graduates who attended lessons on preparation for university entry test. Among the victims were many female students.
The UN mission in the country condemned the attack, saying in a statement that “no justification whatsoever for targeting civilians, at any time, under any circumstances.”
No group has claimed responsibility yet. However, people pointed finger at the hardliner Islamic State (IS) group, saying the extremist outfit could be behind the deadly attack as it did in the past.