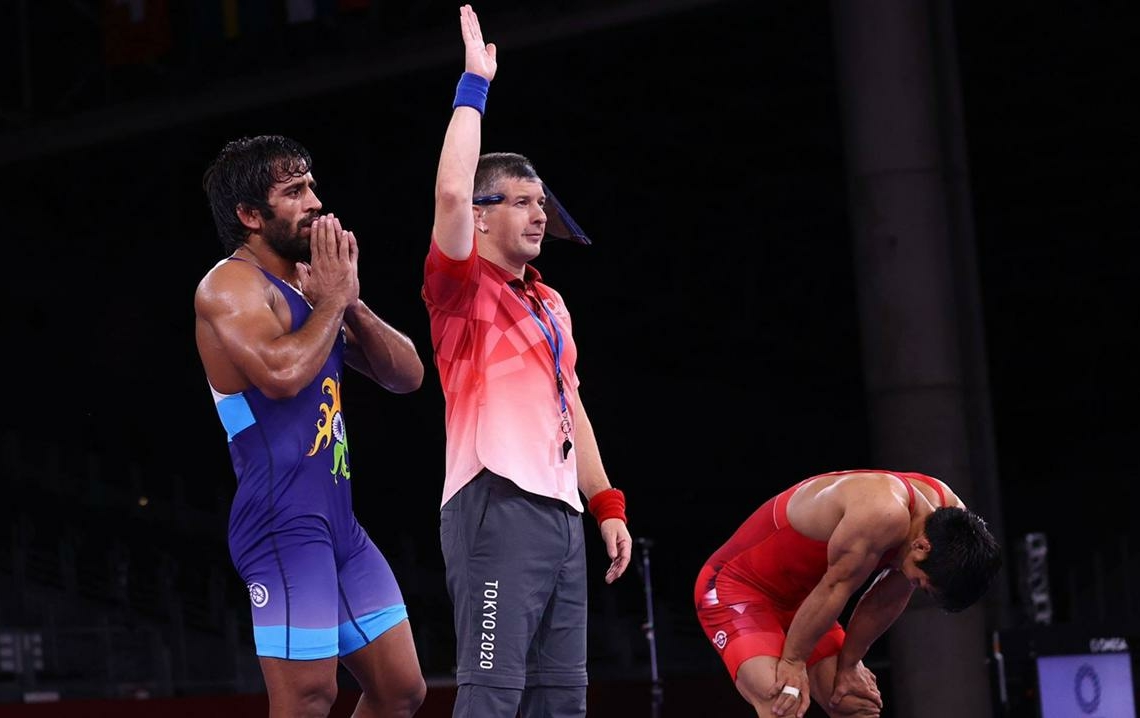 This is India’s sixth medal at this Olympics, equaling their best-ever display at the Games. They had also won six medals (two silvers, four bronzes) at the London Olympics in 2012. This is India’s fourth bronze at this Olympics after PV Sindhu (badminton), Lovlina Borgohain (boxing) and the men’s hockey team. India also won two silvers through Mirabai Chanu (weightlifting) and Ravi Kumar Dahiya (wrestling).

This is the second time after London that India has won two wrestling medals at a single edition of the Olympics. Bajrang is the sixth Indian wrestler to medal at the Olympics after KD Jadhav (bronze, 1952), Sushil Kumar (bronze, 2008 and silver, 2012), Yogeshwar Dutt (bronze, 2012), Sakshi Malik (bronze, 2016) and Dahiya.

Niyazbekov is also a two-time Worlds medalist, having won bronze in 2011 and silver in 2019, where he defeated Bajrang in the semis in a very close bout. Bajrang, however, had defeated Niyazbekov in their last bout earlier this year.

Bajrang, seeded second here, was dominant from the outset against Niyazbekov, who was seeded one spot lower than him. Niyazbekov was charged with passivity in the first period and he failed to score with the passivity clock on and Bajrang then pushed him out to earn another point and lead 2-0.

Niyazbekov struggled to impose himself on the bout as Bajrang’s defence was solid and the Indian’s superior conditioning reaped rewards as the bout went on as he executed multiple takedowns successfully to eventually win by a comfortable margin.

Bajrang had earlier lost 5-12 to Azerbaijan’s three-time world champion Haji Aliyev in the semis on Friday.

Bajrang was the first to score in the semi as his opponent was penalised for passivity but it was the Azerbaijani wrestler who the won the next nine points to lead 9-1. Aliyev won his points with takedowns and also executed the leg lace successfully.

Bajrang fought back in the second period on the back of his superior conditioning and narrowed the lead to 9-5 after a couple of successful takedowns of his own but Aliyev used all his experience to good effect and increased the lead to 11-5 before eventually winning another point after an unsuccessful challenge from the Indian camp.