‘To strengthen security’: J&K among 19 places to get emergency landing facility for fighter jets 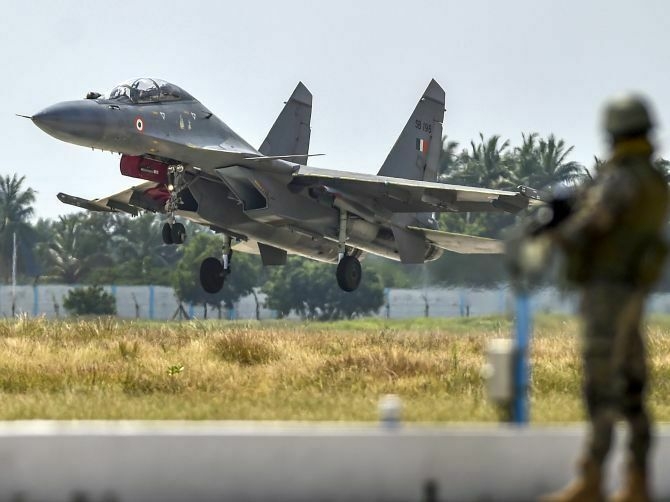 India will develop emergency landing facilities will be developed at 19 other places apart from the one already operational on National Highway 925A in Rajasthan.

Union Road Transport and Highways Minister Nitin Gadkari has announced that the 19 other places in the country include Phalodi – Jaisalmer road and Barmer – Jaisalmer road in Rajasthan, Banihal-Srinagar road in Jammu and Kashmir, Kharagpur – Balasore road in West Bengal, Kharagpur – Keonjhar road and near Panagarh/KKD, Chennai in Tamil Nadu, on Puducherry road, in Andhra Pradesh on Nellore – Ongole road and Ongole – Chilakaluripet road, in Haryana on Mandi Dabwali to Odhan road, near Sangrur in Punjab, on Bhuj-Naliya road in Gujarat and on Surat-Baroda road, Leh/Nyoma area in Assam and on the Jorhat-Baraghat road, near Sivasagar, Bagdogra-Hashimara road, Hashimara-Tezpur route and Hashimara-Guwahati road in Assam , Emergency Landing facilities will be developed.

The minister said under the leadership of Prime Minister Narendra Modi, the construction of the world-class National Highway is being done at a record speed. “Now, our National Highways will also be of use to the army, which will make our country more secure and always ready for emergency situations,” the statement quoted Gadkari as saying.

A Hercules C-130J plane of the IAF, carrying the two ministers and Chief of Defence Staff Bipin Rawat, conducted a mock emergency landing on the national highway last week.

In October 2017, fighter jets and transport planes of the IAF had conducted mock landings on the Lucknow-Agra Expressway to show that such highways can be used by the IAF planes for landing in case of an emergency. Lucknow-Agra Expressway, which is not a national highway, comes under the Uttar Pradesh government.

The emergency landing strip, which was inaugurated last week is part of the newly developed two-lane paved shoulder of the Gagariya-Bakhasar and Satta-Gandhav section having a total length of 196.97 km and costing ₹765.52 crore under the Bharatmala Pariyojana.

This highway project will improve connectivity between villages of Barmer and Jalore districts located on the international border. Apart from the emergency landing strip, three helipads (size 100×30 metres each) have been constructed in Kundanpura, Singhania and Bakhasar villages under this project, according to the requirements of the IAF and the Indian Army.