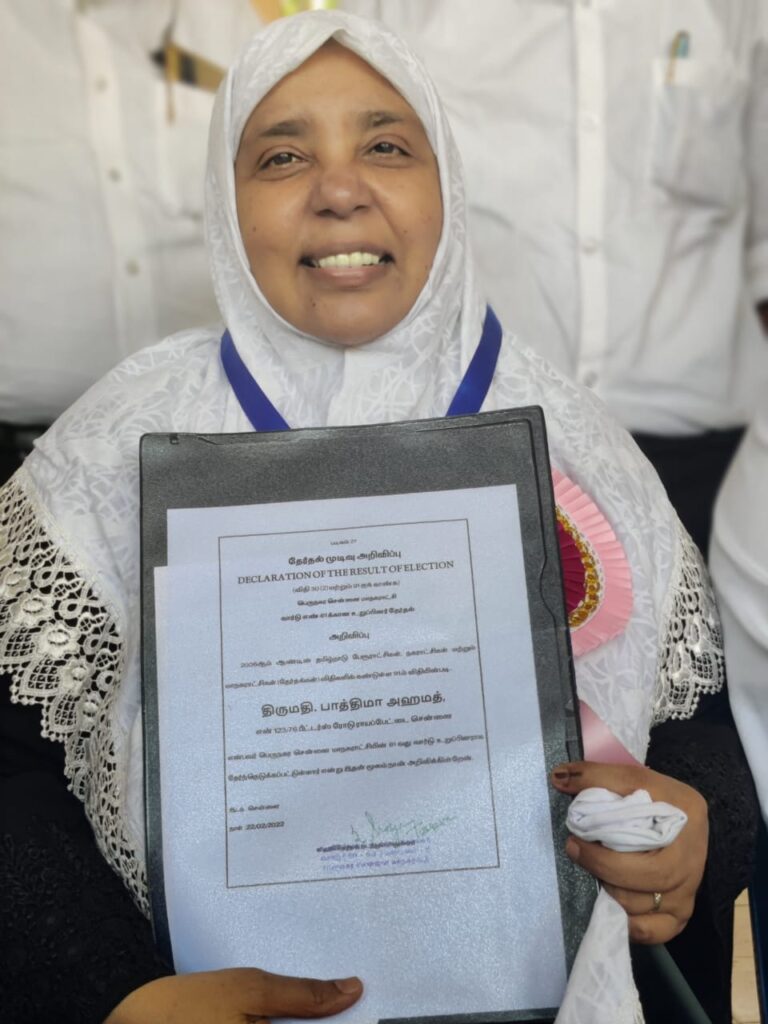 Most of the Hijab-wearing Muslim women were elected from wards having a mixed population.

Fathima, who contested the elections as Indian Union Muslim League (IUML) candidate in alliance with DMK and Secular Democratic Progressive Alliance, won with a huge margin.

“By the grace of Almighty, Allah has blessed me with great success,” she said in a Whatsapp message to journalists. “All praise belongs to Almighty,” she said.

All the 11 candidates, including the BJP candidate and sitting ADMK councilor, who fought against her from Egmore Ward, lost their deposits. DMK, headed by Tamil Nadu Chief Minister M K Stalin and its political allies, swept the local body polls.

IUML contested the municipal elections in Chennai after 55 years and came out with flying colors.

Another Hijab-wearing Muslim candidate Alima Begum, who contested on the Social and Democratic Party of India(SDPI) ticket, won from Coimbatore Municipal Corporation.