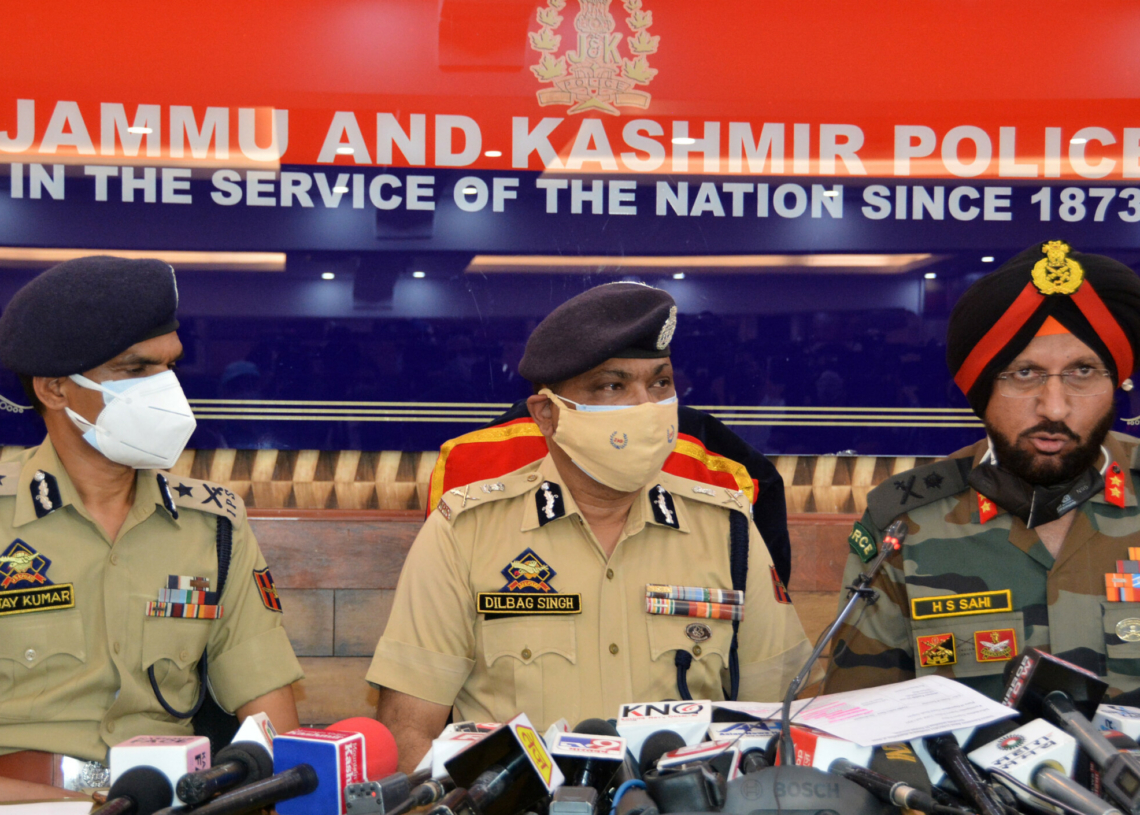 Urges militant families not to provide shelter to active militants

Srinagar: Jammu and Kashmir Police Monday said all the three militants killed in an overnight operation at Sopore in north Kashmir’s Baramulla district were wanted commanders of Lashkar-e-Toiba (LeT) outfit who had carried out “two major attacks in the area since March this year.”

“The operation was jointly conducted by the police, army and the CRPF. IGP Kashmir and GoC (Kilo Force) were personally monitoring the operation,” the DGP.

“In the encounter, three wanted militant commanders were killed which is a big success for police and security forces,” he said.

“All three were involved in many militancy related incidents that included killing of civilians, security forces personnel, former militants, Sarpanchs and Hurriyat/separatist leaders/activists in north Kashmir,” the DGP said.

“The group was also involved in two major attacks in the Sopore area—first one on March 29 in which two Municipal Councillors and a policeman were killed and another one in which two policemen and two civilians were killed in main market Sopore on June 12.”

Giving further details of the operation, IGP Kashmir Vijay Kumar said the slain militants were hiding in a house of a person whose son was also a militant.

He added the three slain militant commanders were involved in two major attacks carried in the area in the past three months.

“As you are aware, we had circulated posters displaying the images of all three wanted militant commanders. This helped us to track their movement. In this process, locals helped and cooperated with us as well,” the IGP said.

He said that two things are destroying Kashmiri youth—indulging in narcotics and falling prey to indoctrination. “I urge parents to resort to parental control and see where their children spend days and in what activities their children are involved,” the IGP said.

Present on the occasion, General officer Commanding of Army’s Kilo Force, H S Sahi said that the Sopore operation was conducted in a built up area which is always a difficult thing.

“We ensured that there is no collateral damage. A soldier received a bullet injury in his shoulder, who was evacuated to base hospital where his condition is stable,” he said.

The GoC Kilo Force said that the primary focus of the army is to break the local-foreign militant nexus and to plug the recruitment to prevent further “bloodshed in Kashmir.” “I appeal to civil society and people of Kashmir to cooperate with us so that we break this network. Breaking this network is important to stop the cycle of valence,” he said. “I appeal to local militants to leave gun culture and join the mainstream. If they don’t they will meet the similar fate as that of slain in Sopore gunfight today.”—(KNO)