Thrashing of journalists: Police officer removed from his position, action taken against others 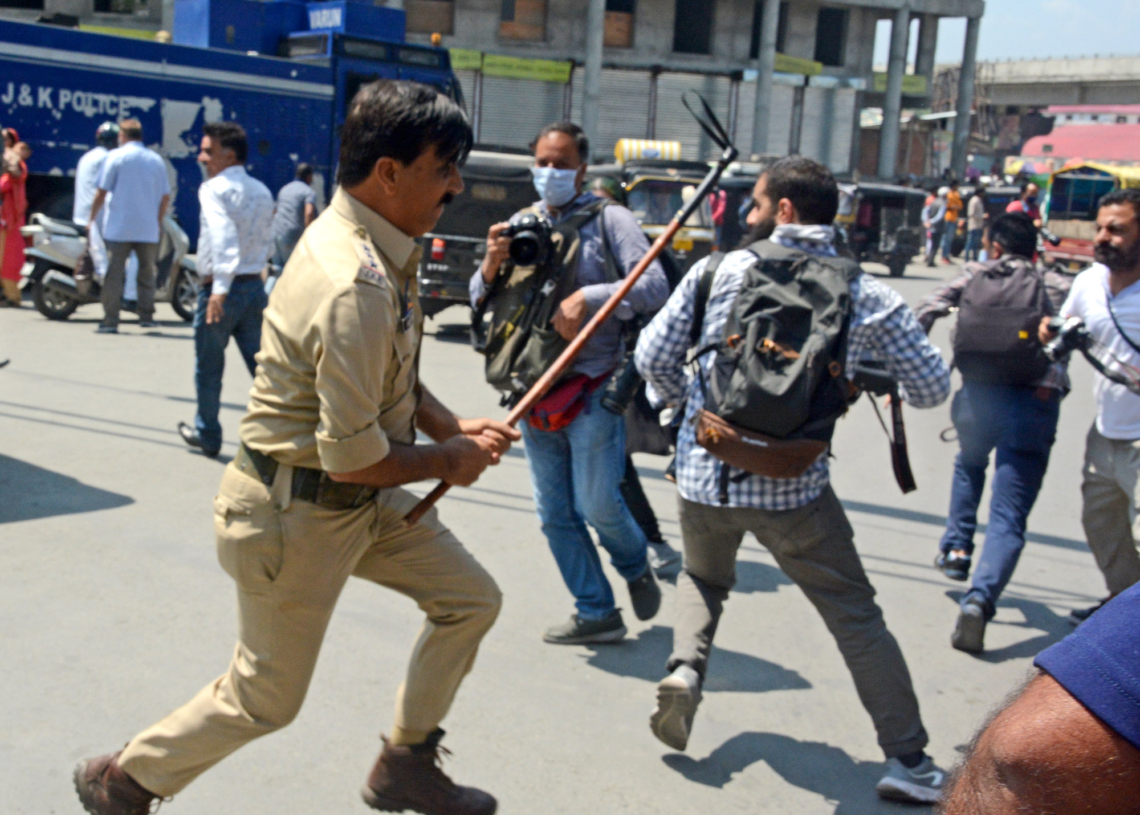 Srinagar: A police officer who led a team of uniformed men to lathi-charge journalists while discharging professional duties here has been removed from his position, DGP Dilbagh Singh said on Wednesday.

Also several other cops have been transferred or attached, official sources said.

The DGP had ordered SSP Srinagar to take immediate action against the police officer for “undesirable behavior.”

Meanwhile, official sources told GNS that three cops have been attached to DPL and six others have been transferred .

Police had resorted to lathi-charge against journalists covering protest attempts by Shia mourners on 8th Muharram at Lal Chowk. Camera of a photojournalist was damaged also.

Earlier, the DGP said that he took serious view of undesirable behaviour by the police officer with some media men in Srinagar yesterday. He had asked SSP Srinagar to take immediate action against the erring police officer.” (GNS)