Those affected by Kishtwar cloudburst will be rehabilitated: LG 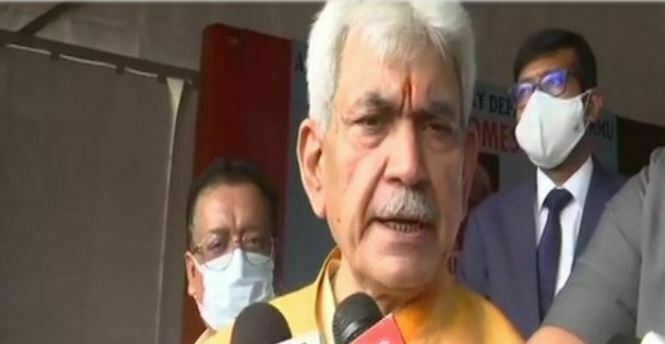 KISHTWAR: Jammu and Kashmir Lieutenant Governor Manoj Sinha on Thursday said that all efforts will be made to rehabilitate those affected due to the Kishtwar cloudburst.

“It is a very sad incident. Seven persons have been killed in the incident, and those critical are under medical treatment. We will make all efforts to rehabilitate those affected due to this natural disaster,” said LG Manoj Sinha on Kishtwar cloudburst.

The rescue operation and restoration work continue in the Honzar Dachhan area of the Kishtwar district following a cloudburst that took the lives of seven people, leaving 12 injured and 19 missing.

A local said, “Today, there is no sign left of a village here.

“We want the government to shift people from here as nothing is left here for us,” said another local.
Another resident of the area, Mohammad Iqbal said he had lost both his children in the incident.
“This place was full of houses and now people can’t even imagine that this was a village once. There is no land, no house….nothing. We have lost everything, nothing is left here for us. I have lost both my children yesterday,” said Iqbal.

“When we reached here with our team we saw everything vanished in the flash flood. People are also facing problems due to rainfall. So we urge the administration to provide food to the villagers,” says an NGO worker.

“I request the LG to visit this area to see the situation today. There is a lot of rubble here, we need specialised machinery to clear it,” said Pooja Devi.

Earlier today, Inspector General of Police (IGP) Jammu informed that rescue operations resumed in the early morning. SSP Kishtwar Shafqat Bhat is camping at Honzar and personally leading the operations launched by Kishtwar Police in collaboration with District Administration and other security forces – Army and SDRF.

Meanwhile, District Police has also established camps at Dangadooru and Soundar for receipt and despatch of the relief and rescue materials.

Till now seven bodies have been recovered, and 17 people have been rescued. Out of 17 people who were rescued, five are critically injured.