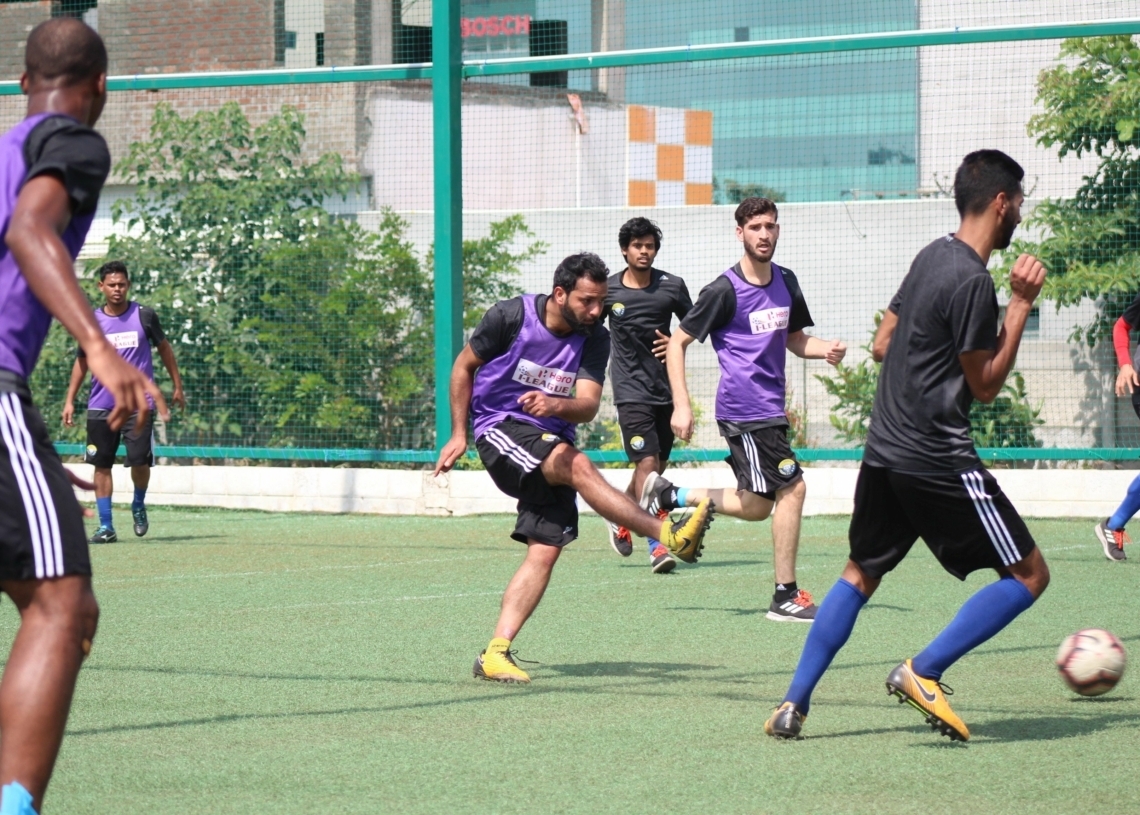 Coimbatore, Dec 18: After holding Malabarians to 1:1 draw, hopes are high for I-League dream debutants, Real Kashmir FC, to perform dominantly in the remaining of their outside-state matches.

The team, soon after stepping in Tamil Nadu, had a hard practice session in Coimbatore on Tuesday in warm temperature.

The RKFC, which jumped to second place in I- League last week with 14 points, will play against leading Chennai City FC on December 22.

The team reached Coimbatore, Tamil Nadu, on Monday evening, where the scheduled match will be played in Nehru stadium, having a capacity to accommodate 30,000 spectators.

Chennai City FC, which so far played eight games, is unbeaten with 18 points in its kitty.

The visitors went through its warm-ups and drills for an hour on synthetic turf under the gaze of scores of the spectators and people from neighbourhoods.

The players performed all sorts of practice moves in a session held under Head Coach David Robertson featuring Gnohere Krizo, Bazie Armand and other local players.

Defender Mason Robertson and Striker Nagen Tamang although engaged in a slightly different routine because of some minor injuries.

David Robertson said the atmosphere within the camp was positive after performing well in the previous match against Malabarians.

“We have some crucial matches ahead and the team needs to understand its significance. These three matches are a sort of test for us. We hope to play a good football ahead,” he said.

Robertson said the previous performance against Gokulam Kerala FC has lifted the morale of his players to play even better ahead on away games.

Team Manager Showkat Ahmad said the club has a good history of wins outside home as well.

“We emerged as winners in first and second division I – league in which most of the matches were played outside state. We are hoping for a good performance of our team ahead,” he said.