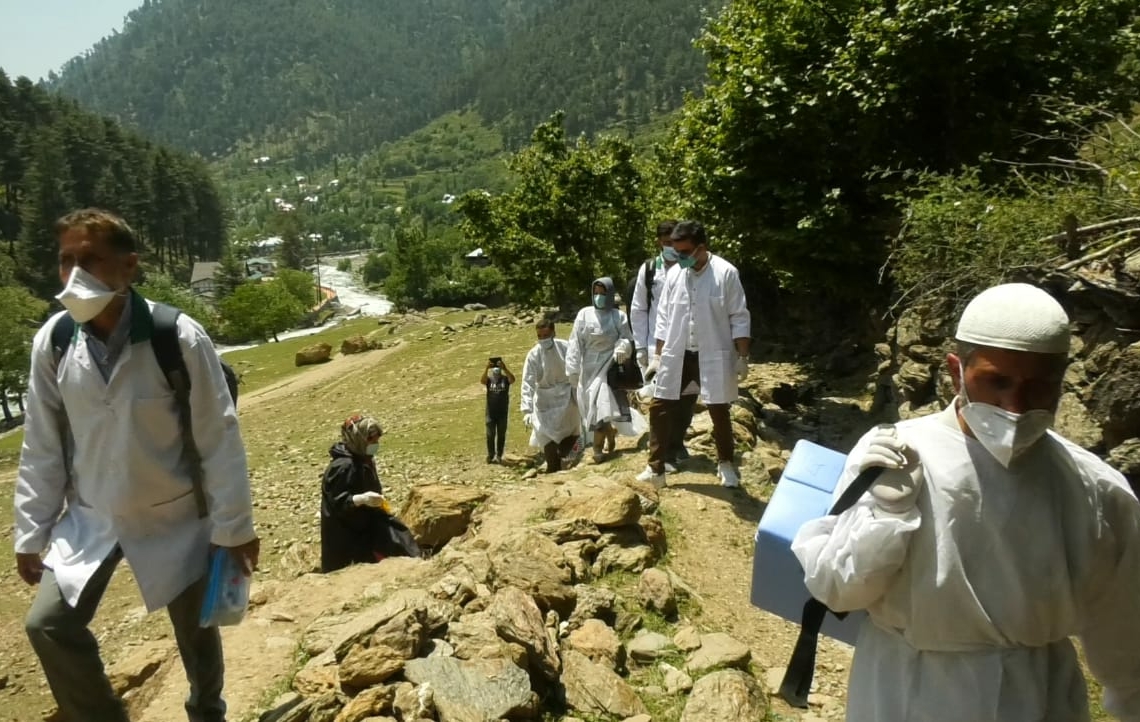 Srinagar: Weyan in north Kashmir’s Bandipora has become the first village of the country where entire population above 18 years have been vaccinated against Covid-19.

The record is attributed to ‘J&K Model’ under which the administration decided to reach out to the people, instead of people coming to the vaccination centre.

Dr. Bashir Ahmed Khan, Chief Medical Officer, Bandipora said due to the difficult terrain, the vaccinators had to walk around 18 kilometres on foot to reach this village.

“It’s a village of nomads having no access to internet so the health officials decided to take a difficult journey and save precious lives. There is no route and it is a very dangerous trek but we didn’t rest until the last eligible person got the vaccine dose,” Dr Khan said.

The village is at a distance of 28 km from Bandipora town. Of them 18 kilometres have to be covered by foot as there is no road available.

“Entire populations above 18 years were vaccinated, with total 362 beneficiaries. It is pertinent to mention here that the people of the village go to the upper reaches along with cattle during summer so it was important to reach out to them before they moved out,” Dr. Khan said.

Despite initial vaccine hesitancy, the current achievement is more than 70% for above 45 years age, which is just double of the national average.

The first strategy is booth-level management involving preparation of eligible population list followed by “Vaccine on Wheels” – reaching out to people in far-flung areas.

“We have also worked out prior micro planning and execution at each session site and involved Police and Media in crowd management and awareness. We have constituted in every district a dedicated team of health care workers, who were ready to work even during holidays and weekends. Coordination between various departments, like Utilization of services of teachers and Booth Level Officers as verifiers and their training by Directorate of Health and Family Welfare as another key feature of J&K model,” Dr Hussain said.

He observed that despite having difficult terrain (Shopian, Ganderbal) and poor mobile connectivity, the teams were relentless to vaccinate far reaching corners of the district and deploying influencers such as religious leaders, local elders to counter vaccine hesitancy among people.