Story of Ankita Raina: A Kashmiri girl who made it to Wimbledon 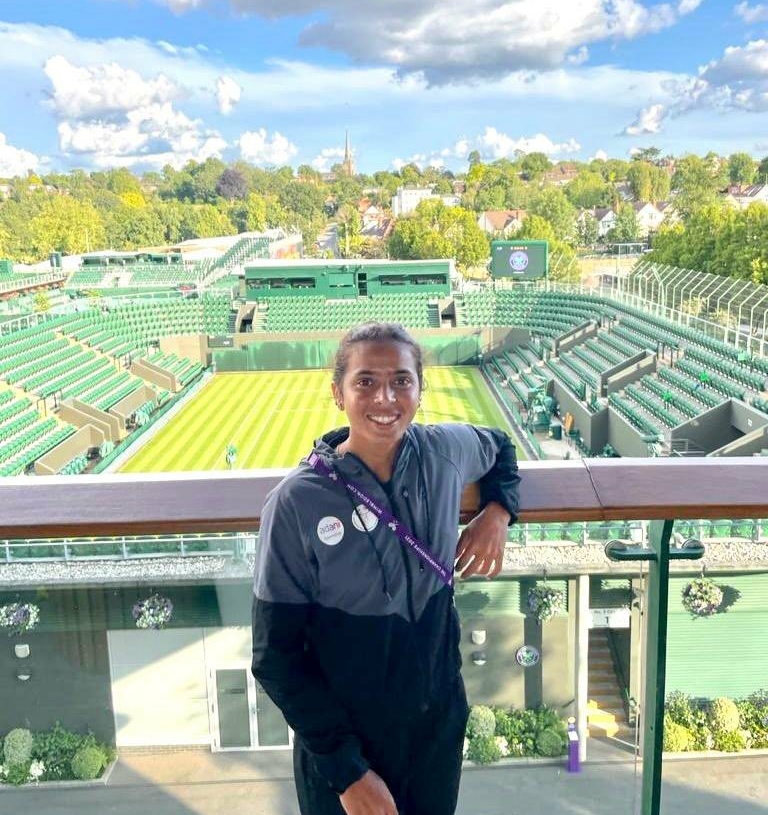 Ravinder Krishen Raina and Lalita, a family of Kashmiri Pandits from Tral had to leave their homeland in early 90s and settle in Gujarat where their daughter Ankita was born in 1993.

Twenty-eight years later, the girl fulfilled her long-cherished dream by making her maiden appearance in in the prestigious Wimbledon.

The journey of this girl with Kashmiri roots is inspirational and proves that with hard work and dedication, one can win over all obstacles.

In her first match in Wimbledon, Ankita and her American partner Lauren Davis lost in straight sets to the US pair of Asia Muhammad and Jessica Pegula but Ankita is happy with her first main draw at this most prestigious tournament of tennis.

In the second match in ‘Mixed Doubles’ she lost to her idol Sania Mirza but Ankita made the people of Jammu and Kashmir proud by her maiden appearance in Wimbledon.

“Since her childhood, it was her dream to play in Wimbledon. It was all due to her hard work that she ultimately realized her dream”, said Ravinder Krishan Raina, father of Ankita Raina.

Raina, who is a senior officer in a pharmaceutical company, recalled the childhood of Ankita when she had started playing tennis and worked assiduously to achieve her target.

“I grew up dreaming about playing at Wimbledon. I have watched it on TV but the greens seem greener in person, the all whites are whiter, everything seems surreal. It’s great to play my first main draw at Wimbledon. I am going to cherish this moment for a long time to come”, Ankita tweeted just before her maiden match at Wimbledon.

Ankita was born in Ahmedabad on January 11, 1993. Her family hails from Pinglish village in the town of Tral in Pulwama district of South Kashmir.

“Our family Pinglishi village Tral and migrated to Gujarat in 1990”, Raina said and added that family has settled in Ahmadabad. “A couple of years back, I along with my mother visited our native village. Although our children have not visited Kashmir, we have protected our culture and ethos,” she recalled.

The first set was rather easy for the experienced duo as they clinched the game with a considerable margin. However, Ankita and Ramanathan gave their all might in the second set, and Sania and Bopanna had to fight hard to win the match.

“Ankita has started playing tennis at the age of four and made her first professional appearance in 2009, at a small ITF tournament in Mumbai”, a proud father of tennis star said. In 2010, she continued to participate in local ITF events with limited success. Raina’s 2011 season saw her advance to three ITF circuit finals in doubles, winning one with countrywoman Aishwarya Agrawal.

In 2012, she won her first professional singles title in New Delhi and won three more in doubles. This was followed by a few years of mediocre results on the ITF Circuit.