The principle and procedure in Lokpal 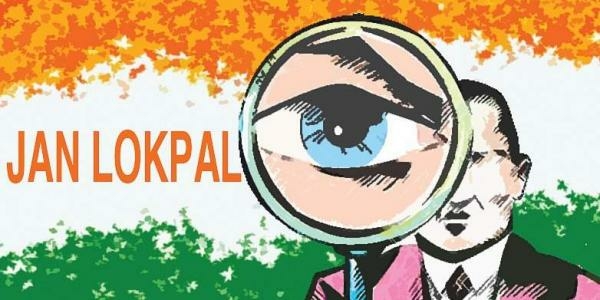 The Supreme Court’s ultimatum to the Centre to appointment a Lokpal within a given time frame, and the subsequent appointment of the first Lokpal in the country, is to be welcomed. After all, the fight for a Lokpal has been long-drawn-out.

From 1963, India has been nurturing the ambition to appoint a Lokpal, a phrase coined by L.M. Singhvi. Copied from Sweden’s Ombudsman and its adaptation in the U.K. in 1967, the idea was to expose ‘maladministration’, which British MP Richard Crossman defined as “bias, neglect, inattention, delay, incompetence, ineptitude, arbitrariness and so on”. Despite affirmations to its need, no one really wanted a Lokpal in India, preferring instead the mild Vigilance Commission from 1964 to 2003. In one sense, the National Human Rights Commission and the various national commissions dealing with Scheduled Castes, Scheduled Tribes, women, children and even safai karmacharis are all special Lokpals within their areas. But nobody fears them because they are promotional and deal with individual grievances. They hurt no one and have become semi-ineffective. No one wanted a strong Lokpal because it would demand accountability from politicians and bureaucrats.

After the Emergency, a new model of Lokpal emerged, a model for ‘regime revenge’. The ‘maladministration’ model gave way to an anti-corruption model with a sweep clause of five years. This meant that the Lokpal would re-examine Emergency and target the Indira Gandhi government. It meant that it would target politicians, but not bureaucrats. The power of the bureaucracy to stultify anti-corruption measures is well known. This model continued with regularity.

The 2011 Anna Hazare movement, which fought to get the Lokpal Bill passed, faltered in many ways. When the Modi government came to power, it did not appoint a Lokpal either. It did not want Lokpal accusations and investigations to mar its tenure.

Directed by the Supreme Court, the Lokpal appointment process began in 2018, which was too late to scrutinise the Modi government before the 2019 general election. The government constituted a eight-member Search Committee in September 2018, headed by former Supreme Court Justice Ranjana Prakash Desai, to recommend names for the posts of Lokpal chairperson and members. The names recommended were scrutinised by a Selection Committee, comprising Prime Minister Narendra Modi; the Chief Justice of India’s nominee, Justice S.A. Bobde; Speaker of the Lok Sabha Sumitra Mahajan; and eminent jurist Mukul Rohatgi. The ‘special invitee’, who was Congress leader Mallikarjun Kharge, refused to attend the meetings. We can see that the Prime Minister and the Lok Sabha Speaker are from the BJP. The eminent jurist was the Attorney General of India from 2014 to 2017. Only the Chief Justice’s nominee is not connected to the party.

Was this entire procedure transparent and fair? Unfortunately, no. When the matter was argued in the Supreme Court, advocate Prashant Bhushan asked for the names of those who had applied for the post. This suggestion was shot down during the argument. We don’t know who applied to be considered as chairperson and as a member of the Lokpal. Did former Supreme Court judge, Justice Pinaki Ghose, apply even though he was a member of the National Human Rights Commission (NHRC) at the time? Who were the others? Section 4(3) of the Lokpal and Lokayuktas Act of 2013 states that the Selection Committee “may also consider any person other than the persons recommended by the Search Committee”. This makes the procedure futile. The Search Committee Rules, 2014 stated that the Selection Committee would select one of the five names recommended for the post of Chairperson of the Lokpal and eight of 24 names recommended for the post of members of the Lokpal. The Selection Committee was to lay down the criteria for appointment and decide by majority in cases of difference of opinion. The public is entitled to know the list proposed by the Search Committee. It is entitled to know who all were considered and why. That the appointment of the Lokpal is shrouded in secrecy is an affront to the very concept of the Lokpal.

Justice Pinaki Ghose is not known for any path-breaking judgments, so it is curious why he was chosen over other retired judges, especially as he was already a member of the NHRC. No less than a sitting judge could have been offered this post. The other judicial members are Justice Pradip Kumar Mohanty, who was Chief Justice of the Jharkhand High Court; Justice Abhilasha Kumari, who served on the Gujarat High Court and was a chairperson of the Human Rights Commission of Gujarat; and Justice Ajay Kumar Tripathi, who was Chief Justice of the Chhattisgarh High Court. The first woman chief of the Sashastra Seema Bal, Archana Ramachandran, is a non-judicial member, as are former Chief Secretary of Maharashtra D.K. Jain, former Indian Revenue Service officer Mahender Singh, and former Indian Administrative Service officer of the Gujarat cadre, I.P. Gautam. The question is, should IAS and IPS officers be appointed, especially since they have to deal with fellow officers? The field was wide open from non-government sectors as well.

Mr. Hazare was right in being overjoyed that a Lokpal has been appointed at last. And Aruna Roy and others were right in insisting on a wider jurisdiction on maladministration and delivery of services. This Lokpal will always be known as a secretly appointed one. It is supposed to be an anti-corruption institution. Much will depend on how it is used and against whom. Will we find out who is the chor (chief) and who is the chowkidar (watchman)? Or will this be another playground for politics?