The Physics of The Day of Judgement 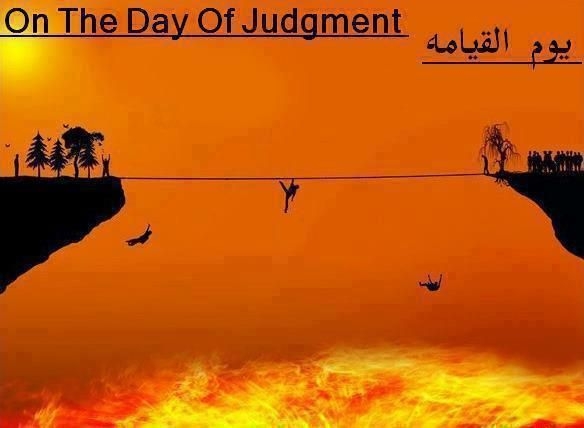 The belief that mankind will rise from the grave, an integral part of the three Abrahamic faiths Islam, Christianity, and Judaism, is not just a myth or wishful thinking but is based on real scientific principles. Rising up from the grave and coming back alive can happen simply with the reversal of time.

With advancement in science and technology we tend to see the world from the critical eye of science. We see people dying but no one has returned from the dead to tell us about afterlife. Is it possible to really know that there is life after death other than religious belief? There is a surprising answer which we can have as science has advanced to the point that it is possible to look at the very basis of reality as we know it, the fabric of space and time.

There are many questions that arise in our minds. What happens to us on dying? What is soul? Does it leave the body to enter the spiritual world, which is beyond human perception in some other dimension? Are the souls reincarnated entering some other body to be recycled again as in the beliefs of some eastern religions? Is the soul captured and kept somewhere until the Day of Judgment to be reunited with the body that rises from the grave? How can a body that had decayed and disappeared into dust regain its original shape and form? We can believe what we wish; however the modern world is based on truthful pursuit of science. Truth cannot be decided on wishful thinking or majority vote; if that was the case then Columbus would have surely fallen of the earth in 1492.

We live in a world that demands proof and is not just content with belief. The belief or even the proof is only for the believer, as belief comes from within our hearts. The greatest of proofs will not satisfy the non-believer, while the slightest evidence can be a great source of comfort for the believer. In this context let us look at the story of Prophet Ibrahim (peace be on him) given in the Quran. (Quran 2:260.) Prophet Ibrahim wanted to know how God gives life to the dead. He had the faith of a man who was willing to sacrifice his own son for the sake of God, yet he wanted reassurance; which then was given to him in the form of a great miracle.

Ordinary people like us are also in need of reassurance in a world where science and technology have assumed greater importance than religion.

There is only one version of the Quran. It is the only religious book that even the critics of Islam admit was never altered since its revelation to Prophet Mohammed (Peace be upon him) fourteen hundred years ago. Scientific advancements have provided better understanding of many verses of the Quran that had appeared obscure in the past. The Quran accurately describes a variety of scientific facts that were discovered in the last one hundred years. For the Muslims this is one of the many reasons that the Quran is truly a revealed book.

Many verses in the Quran describe the future of the universe and The Day of Judgment. The event being depicted is not some local or earthly event caused by atomic war or natural disaster. The verses appear to describe some great final catastrophe that will affect the whole universe. There is mention of the final earthquake, the darkening of the stars and the sun, the opening of gates in the sky and “a time” in which mankind will see what they had done before so that they will become witnesses against their own selves. Quran appears to be describing reversal of time and gravity.

“We warn you of doom at hand. A day when a man will look on that his own hand has sent before, And the non-believers will cry: “Wish that we were dust.”” (Qur’an 78:40)

“The earth with the mountains shall be lifted and crushed with one crash.” (Qur’an 69:14)

The contraction of the universe with reversal of time and gravity will commence the beginning of the end which may last for thousands and possibly millions of years.

We will be removed from the regressing effects of reversed time as we come back alive at the point in time which we had died. A beautiful natural mechanism similar to black holes will create openings or gates in the sky and we will be taken across many dimensions to beyond this universe by the angels of the Grand decent. Everyone will be removed no one will be left behind.

Above the resurrection of the dead is compared to physical processes which are based on laws of nature like the growth of plants after rain; this suggests that revival after death is also based on some physical laws. We know that the energy from the sun heats up the oceans and water vapor rises to produce the clouds. Temperature differences cause the winds to blow across the continents carrying clouds to distant lands. Dormant seeds sprout into new plants with life giving rain fall even in the harshest of places. Sometimes in the future as our knowledge of the universe, increases the reality of “The Day of Judgment” may become widely accepted as the truth. Verses in the Quran suggest that the knowledge of the Day of Judgment is within the grasp of human understanding and mankind will become aware of this knowledge.

The extent and majesty of the universe is truly tremendous and it gives us a glimpse of the tremendous power of Allah (SWT). The circumference of our planet earth is about forty thousand kilometres, which is a distance that light, can travel seven times in one second. As the distances become larger the numbers however become mind boggling. The universe is so vast that the distances between stars and galaxies have to be measured in “light years,” which is the distance travelled by light in a year at the speed of three hundred thousand kilometres per second.

Our solar system consists of the earth and eight other planets that are orbiting around a star that we call the sun. The distance between earth and sun is eight minutes at the speed of light. The distance to the furthest planet Pluto is five hours and twenty eight minutes at the speed of light, compared to this, the nearest star from the earth other than our sun, is four light years away.

Our galaxy of Milky Way includes the sun its orbiting planets along with two hundred billion other stars. At the edge of Milky Way galaxy our sun is just a tiny speck among billions of other stars. The Milky Way, like most other galaxies is so large that traveling at the speed of light; it would take one hundred and fifty thousand years to go from one side of it to the other. The galaxies on the average are separated from each other by about ten million light years. There are over 500 hundred billion galaxies in the truly gigantic universe.

Are we the only intelligent life form in this vast universe? Astronomers believe that there are innumerable habitable planets like earth in the universe. Quran tells us that there are many other earths where God’s commandments are coming slowly (or one after another) which is expected as these earths mature at different times. In the following verses of the Quran other heavens and earths are mentioned. The word seven is used to denote a very large number more like infinite.

The universe came into existence billions of years ago. This event is called the “The big bang. It is clearly mentioned in the Quran 1400 years ago that the discovery of “The Big Bang” and that of “The aquatic origin of life” will be made by the non-Muslims, (“those who disbelieve”). In the beginning all the matter and space (heavens) was at one point (one piece). Then everything was separated in what the physicists describe as “The big bang.” The evidence that the universe began in the “The big bang” is so overwhelming that it is now considered a fact and not just a theory.