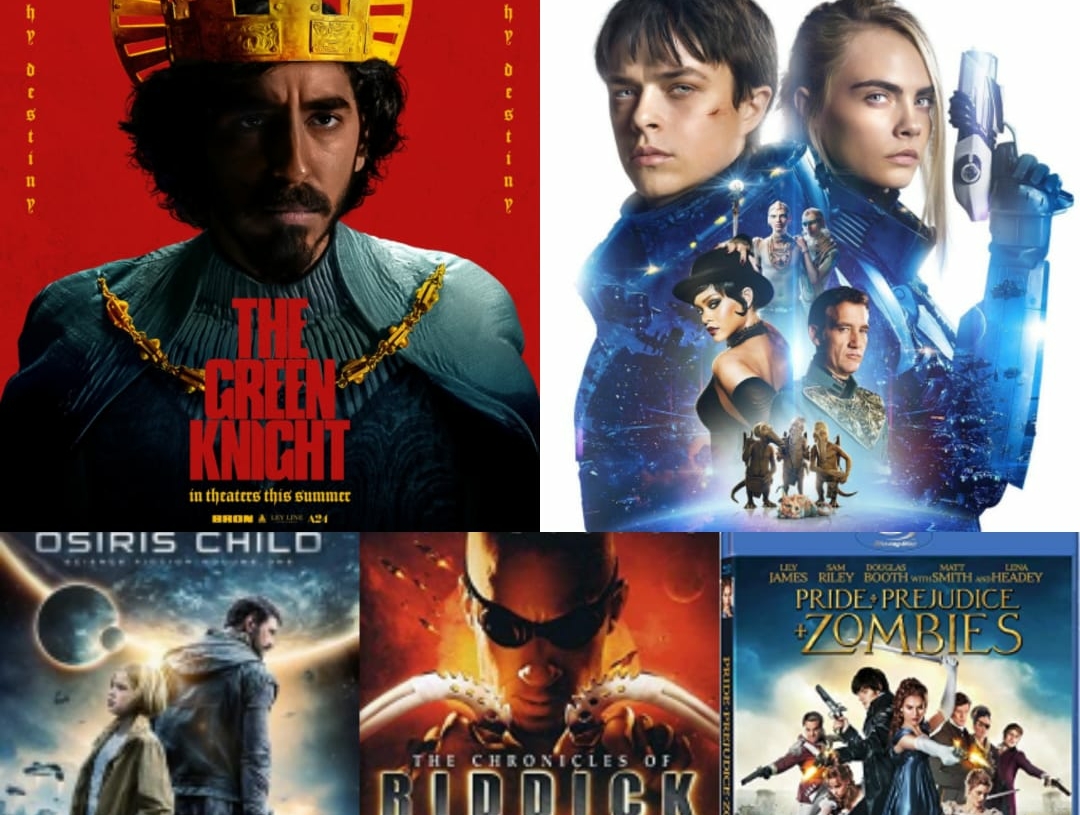 Except for The Green Knight, which will have a theatrical release, all four movies will be streaming on OTT.

Here is the list of five of the most amazing fantasy films you need to watch:

Dev Patel can essay any role with pure finesse, and this fact is thunderously evident with his latest film.

A mesmerizing adaptation of the famous medieval era tale, The Green Knight sees Dev play Sir Gawain, the titular character who embarks on a perilous journey to face the Green Knight, a dangerous, mysterious and powerful being. The film has fetched numerous plaudits internationally, with critics showering praises on the superbly acted visual feast.

The Green Knight, brought to you by PVR Pictures, releases on the 27th of August in selected theatres.

Vin Diesel fighting monsters on an alien planet? Sounds like an awesome adventure!

The third installment of an incredibly popular franchise, Riddick is what you get when you mix the madness of space fantasy with the brilliance of science fiction. The film follows the journey of the infamous Riddick who is left for dead on an unknown land surrounded by bloodthirsty creatures. While he manages to beam a signal for help, the ones responding are people after his head. How does he get out of this pickle?

Watch Riddick on Google Play Movies and iTunes to find out!

Valerian and the City of a Thousand Planets

Are futuristic fantasy actioners your go-to “guilty pleasures”? Well, this Cara Delevingne starrer is just the film for you!

`Valerian and the City of a Thousand Planets’ tells the story of a wondrous city that is home to species from a thousand planets. When an evil force threatens the existence of this peaceful haven, it is up to Major Valerian and Sergeant Laureline to save the day. With stunning imagery and adrenaline-pumping action, the Luc Besson directorial is a simmering edge-of-the-seat affair.

In a dystopian future, a man on a race against time to save his daughter teams up with an unlikely ally.

“The Osiris Child: Science Fiction Volume One” is a story of hope, family, and survival in the garb of an epic fantasy thriller. Based in a universe where planet to planet migration is common, a disgruntled soul has to fight through hell and back to retrieve his daughter. Finding an army man for company, the two reluctant heroes set out to battle a dangerous alien species to achieve their mission. Will they be able to do the impossible?

The Osiris Child: Science Fiction Volume One is streaming on Google Play Movies and iTunes.

Pride and Prejudice and Zombies

Leave it to the mind behind Weeds, TV’s most loved dark comedy to take a literary classic and give it a dash of crazy!

Filmmaker Burr Steers is at his whacky best in Pride and Prejudice and Zombies. Very similar to the original Jane Austen novel, this film introduces us to Elizabeth and her four sisters, coping with the pressures of getting married in 19th Century rural England. But, it’s not just society they are up against; also present are countless brain-eating zombies!

A fun spectacle that will delight fantasy buffs who also love humor, `Pride and Prejudice, and Zombies’ is available on Amazon Prime Video.