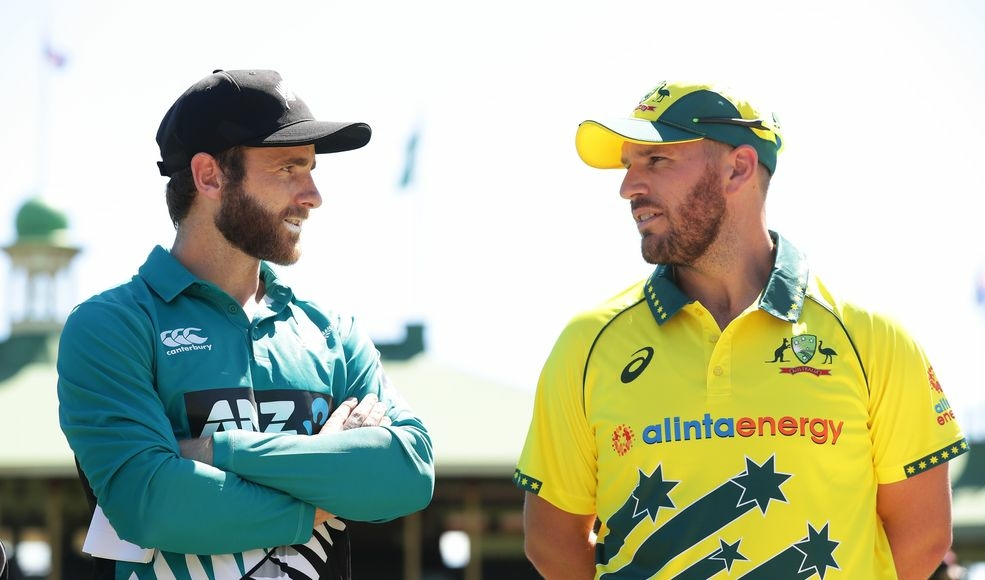 New Zealand and Australia have outlasted 14 other teams from Round 1 and Super 12 to reach the finals of the ICC Men’s T20 World Cup 2021. The stakes have never been higher for the two sides who are yet to win a Men’s T20 World Cup in the short history of the competition.

Though Australia came within a touching distance in 2010, finishing runners-up to England, this is already New Zealand’s best finish in T20 World Cup history.

Ahead of the much-awaited clash, we take you through our Dream XI guide.

Here are the top three performers from both teams:

Adam Zampa has been Australia’s X-factor in the World Cup. In conditions favourable to spin, Zampa has extracted every bit of help from the pitches in UAE, thus standing second in the list of highest wicket-takers in the World Cup so far with 12 wickets at a miserly economy of 5.69.

Zampa’s best performance came at a time when Australia needed it the most. Having been hammered by England in the previous game, they needed to bounce back with a win as well as rectify their net run rate which had taken a pounding.

Having been put in to bat first, Bangladesh batters had no answers to Zampa’s crafty wrist-spin as he ran through the Tigers to register figures of 5/19, accumulating 159 fantasy points in a single game.

In the semi-final against Pakistan, he was the most economical bowler, giving away just 22 runs and also scalping the wicket of Babar Azam.

Given his form in the lead-up, there were a lot of question marks over David Warner coming into the World Cup. His below-par showings in the warm-up games didn’t help his cause either.

However, five Super 12 games and a semi-final later, Warner is Australia’s highest run-getter in the tournament and fourth overall.

Warner saved his best performance for a crunch must-win game that eventually sealed Australia’s place in the semi-finals. In their final Super 12 game against West Indies, Australia needed to win by a big margin in order to bolster their NRR, given South Africa were breathing down their neck.

Set a target of 158 to win, Warner led the way with a stunning 89* of just 56 balls, carrying his bat through as Australia chased the target down in just 16.1 overs. Warner’s Player of the Match-winning performance fetched his fantasy owners 130 points.

Mitchell Starc has been one of Australia’s most consistent performers in the World Cup so far. The fact that his best figures in the tournament are 2/21 may seem disappointing on the face of it, but with 9 wickets, he is Australia’s second-highest wicket-taker, only behind Zampa.

Bar one game, Starc has always been amongst the wickets for Australia, bowling the difficult overs at the start and the end of the innings.

His best fantasy haul came against Bangladesh (66 points) but he has consistently delivered for his owners, fetching 64 points against Sri Lanka, 62 against Pakistan and 54 against Sri Lanka.

2021 has been the most fruitful year for Trent Boult in T20Is, with the left-arm pacer claiming 18 wickets so far, the most he has picked since making his debut in 2013.

Like Starc, Boult has been trusted to bowl the difficult overs, both in the Powerplay and the death. With 11 wickets, he is New Zealand’s leading wicket-taker in the tournament and the fourth-best overall.

His three-for against India helped New Zealand restrict the Men in Blue to just 110. He picked up 95 fantasy points for his efforts while his other three-for, against Afghanistan, fetched his owners 89 points.

Sodhi has been New Zealand’s go-to bowler in the middle overs. He has formed the perfect tandem with Santner, with the left-arm spinner stemming the flow of runs while Sodhi picks up crucial wickets in the middle.

The wrist-spinner has nine wickets in six games at an economy of just 7.33. Like 2016, he was once again a thorn in India’s side, accounting for the huge wickets of Rohit Sharma and Virat Kohli, accumulating big fantasy points in the game.

It’s almost neck-to-neck between Southee and Sodhi for points. The fast bowler is just three points behind his teammate on the leaderboard.

Southee has been the workhorse of the New Zealand bowling line-up in the World Cup. Though he has only eight wickets in six games, his stunning economy of 5.75 has helped the Black Caps turn the screws in the Powerplay and the middle-overs.

He has only two two-fors in the tournament so far, but has always been amongst the wickets, having not gone wicketless in a game so far.

Southee’s best fantasy haul of 72 points came in the do-or-die clash against Afghanistan closely followed by 68 points in the game against Namibia – both matches where he picked up two wickets each.