The Highway Ban in Kashmir 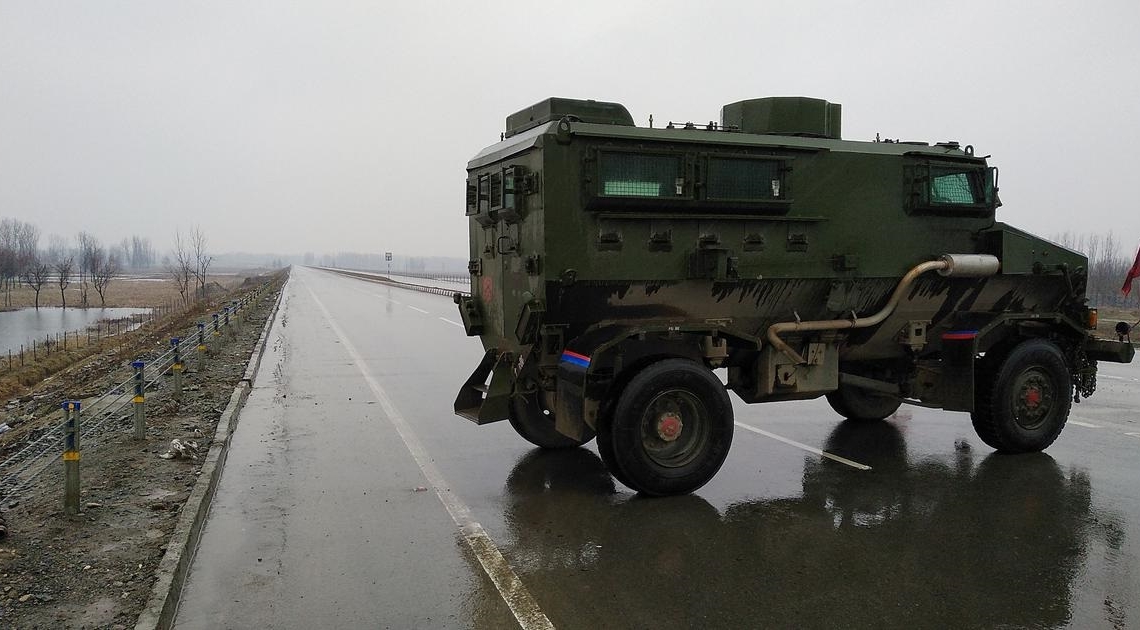 On April 30, Indian authorities banned civilian vehicular traffic on the highway in Kashmir stretching from district Baramulla up to Udhampur on Wednesdays and Sundays up to May 31 in for the smooth movement of army convoys. And we can’t say wether the order will be lifted in future or not, as most of the orders and laws once implemented in this disputed territory stayed forever. The order comes in the wake of Pulwama attack in which around fifty forces personnel were killed and as many injured and also run up to the assembly elections in Jammu and Kashmir.
The draconian order reminds us about the order of Nazi party of 1930’s Germany which prohibited Jews to tread on roads on particular days and time without the prior approval of the German authorities. . On Wednesday many civilians were seen stamped and “allowed” written on their hands like Jews were stamped and asked to wear on their arms a badge with “star” on it in Nazi Germany.
Though there was some relaxation given to government employees, doctors, teachers and others were barred but they had to get the approval of the government before driving a car or bus on the highway, but it it was too late and little and has exposed the evil designs of New Delhi towards Kashmir. The order was condemned by all, cutting across political divides. While pro-Indian or mainstream parties called it “ mindless” and “unnecessary” exercise” , on the other hand Separatists calling for plebiscite and independence of Jammu and Kashmir from Indian rule termed the highway ban a barbaric and likened it with Israeli tactic of subjugation of Palestinians

The order was implemented in toto in the last Wednesday and Sunday passed, when authorities closed all intersections and passageways to halt any civilian movement coming from these routes thus rendering thousands of small traders and fruit sellers and daily wagers to earn a living who live on daily earnings. In every market of Kashmir fruit sellers and small time traders were seen waiting for customers while some had closed their shops. Patients and students bore the most brunt of this apartheid type ban. Some students missed their exams and some reached exam halls late. Most of the students had to travel to Srinagar, the summer capital of Jammu and Kashmir one day before for national level and other exams and to put up at hotels. Though magistrates were deployed by the government to allow the specific persons to ply on road but this didn’t ease the suffering of common man. Even some civilians were beaten for coming on the highway during the ban time.
The ban on civilian movement on highway traffic is dark reminder about the circumstances Kashmiris are living. The news and reports about the ties of Indian government with the Israelis vis a vis Kashmir are proving to be right with these methods. The suppression and subjugation of civilian population further indicates that the Indian authorities are not shying away for Israeli type tactics which Israel is using against Palestinians.
The closure of highways can be seen also as a failure of Indian government to “win the minds and hearts of common masses” as its politicians and army claim from time to time and also its failure to contain home grown militancy, rising with each passing day with more youth joining militancy after every killing. The civilian killings and draconian measures like PSA’s on separatists and other persons and NIA raids and denying democratic space to youth to vent their anger and put forth their aspirations has prompting youth to pick up gun and they deem it only way to get justice and to find a solution.
The recent order of closing highway for two days a week and confining the masses to their homes is not going to bring any immediate peace in the already fragile atmosphere of the bruised valley. Rather it has deepened the alienation of Kashmiris from New Delhi and in a way exposed the hollowness of the Indian democracy. To make a particular place “open air prison” further exposes the vicious agenda of the present right wing regime at New Delhi towards common Kashmiris who have seen enough misery and bloodshed in this three decade old armed conflict. It’s now up to international authorities and world powers to look into this grave matter and at least give a sense of relief to common Kashmiris from this Nazi type apartheid order.
(The author is a research scholar at Jawaharlal Nehru University, New Delhi)