The Heist: Robbers steal huge horde of gold coins dating back to 100 BC in Germany 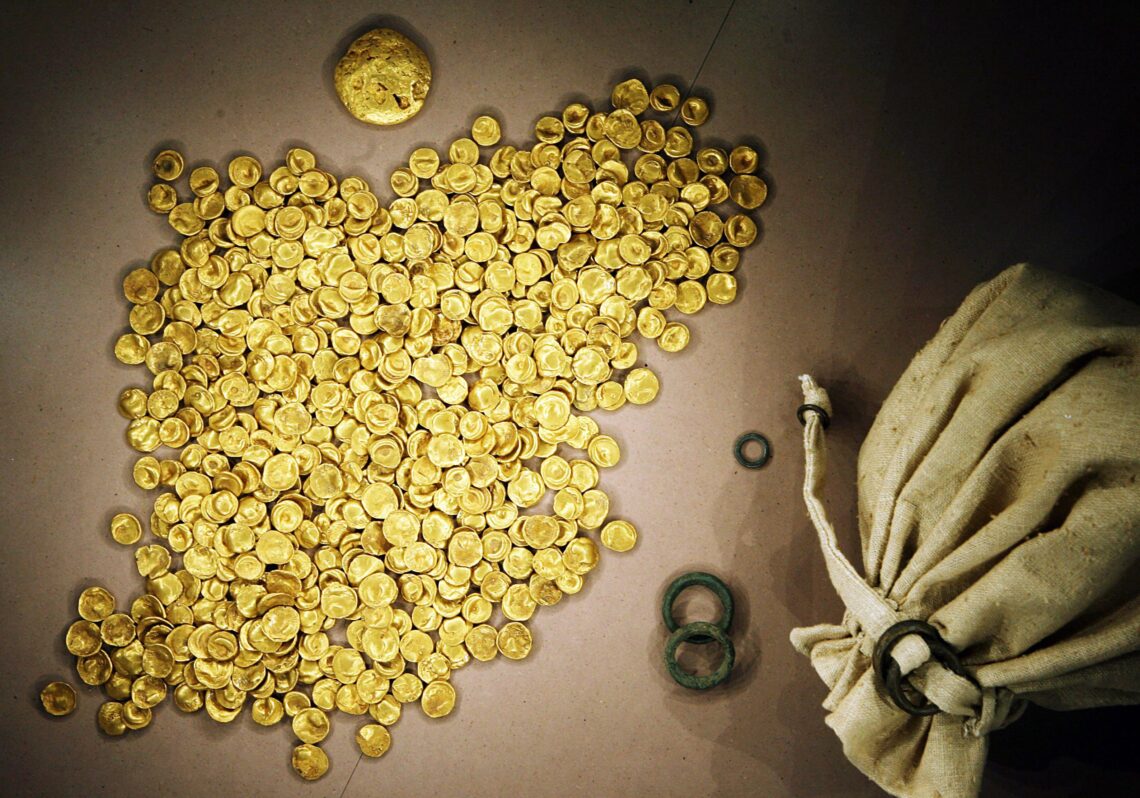 BERLIN: Robbers stole a huge horde of ancient gold coins dating back to around 100 B.C. from a museum in southern Germany.

Bavarian state police said it was stolen early Tuesday from the Celtic and Roman Museum in Manching, 60 kilometers (37 miles) north of Munich.

The 483 coins were discovered in 1999 during excavations of an ancient settlement in Manchning and are considered the biggest trove of Celtic gold found in the 20th century.

German news agency DPA reported that authorities estimate the value of the coins, which together weighed about 4 kilograms (8.8 pounds), at several million euros (dollars).

“The loss of the Celtic treasure is a disaster,” it quoted Bavaria’s Minister of Science and Arts, Markus Blume, saying. “As a testament to our history, the gold coins are irreplaceable.”

He said the thieves had shown “incredible criminal energy.”

Police are appealing for witnesses who might have seen suspicious individuals near the museum or have other information that could lead to the recovery of the treasure.