The Great Escape: When Sheikh Abdullah turned Netaji into a Pathan to outwit British forces 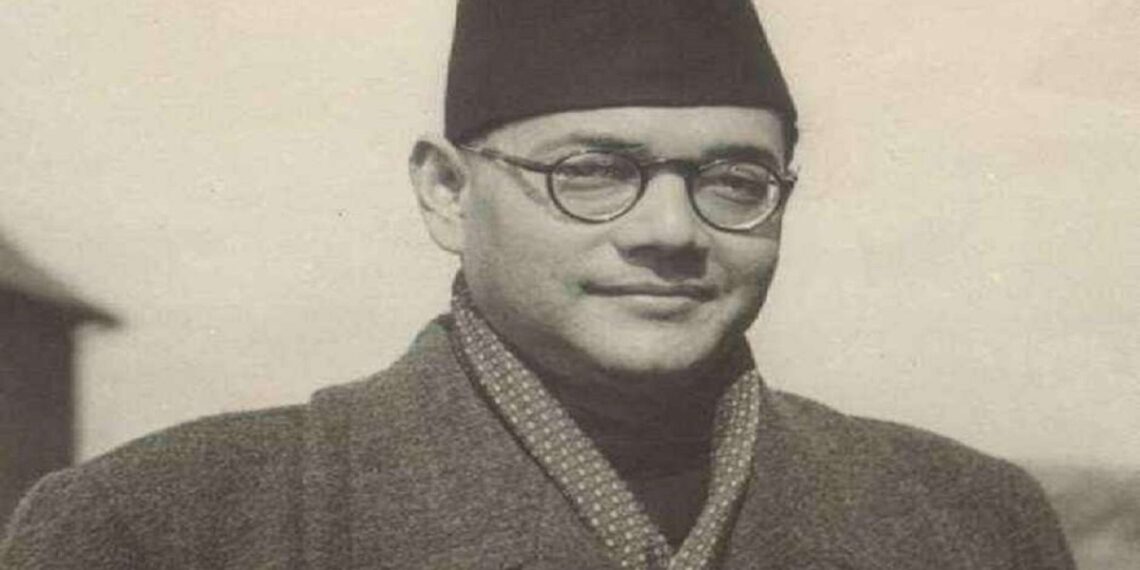 While turning the pages of history of India’s Independence Movement, one comes across Gomoh, a small town in Jharkhand’s Dhanbad district, which has a significant association with the legendary freedom fighter Netaji Subhas Chandra Bose.

When Netaji left the country to fulfill his mission to wage an armed struggle for Independence and to establish the Azad Hind Fauj, he spent the last night in Gomoh town.

It was on January 18, 1941, when Netaji, who was placed under house arrest by the British government at his residence on Elgin Road, Kolkata, escaped by deceiving the British police. Despite the strict guard of the British government, his exit from Kolkata was planned by Satya Ranjan Bakshi of Bengali Volunteer. (Bengal Volunteers Corps was an underground revolutionary group against the British rule of India.)

After leaving his Calcutta residence, Netaji reached Gomoh with his nephew Shishir Bose in his ‘Baby Austin’ car (BLA 7169) at 8 p.m. and reached the house of his lawyer friend Sheikh Mohammad Abdullah (the namesake of the NC founder) who lived in Loco Bazar in Jharkhand. He had shared his plan to visit Peshawar with Sheikh Abdullah where it was decided that Netaji would board the Howrah-Peshawar Mail 63 train from the station by disguising as a ‘Pathan’.

At the behest of Sheikh Abdullah, Ameen tailor of Gomoh hastily prepared Pathani clothes for Netaji. On the same day, Ameen Tailor took Netaji to the station at 1 a.m. where he finally boarded the train from platform number three.

Later, this train came to be known as Kalka Express. In 2021, the Indian Railways renamed this train as Netaji Express. This incident of Subhash Chandra Bose leaving the country is etched in the pages of history as ‘The Great Escape’.

To preserve and keep alive the memories of ‘The Great Escape’, a life-size bronze statue of Netaji has been installed between Platform No. 1-2 of Netaji Subhas Chandra Bose junction in Jharkhand. The tale of ‘The Great Escape’ is also briefly written on a plaque at this junction. The story behind this heroic tale is that on July 2, 1940, Netaji was arrested under Section 129 of the Indian Defence Act due to the Hallwell Movement. The then Deputy Commissioner John Breen arrested Netaji and sent him to the Presidency Jail.

After going to jail, Netaji observed a fast-unto-death due to which his health deteriorated further. Later, the British government released him on December 5, 1940, on the sole condition that he would be arrested again when he recoverd well. Netaji was released and came to his residence in Elgin Road, Kolkata. The hearing of the case involving Netaji was scheduled on January 27, 1941. The British government came to know on January 26 that Netaji was not present in Calcutta. Netaji had left for Gomoh eight days before on the night of January 16-17, 1941 at 1 a.m. by changing his appearance.

It is said that after reaching Gomoh with Shishir Bose, he reportedly hid in the forests of Gomoh Hatiatad. He had a secret meeting with freedom fighter Alijan and advocate Chiranjeev Babu in this forest. Later in the evening, Netaji went to meet Sheikh Abdullah in Loco Market, Gomoh.

When Netaji went from Gomoh through Kalka Mail, the Britishers were never able to arrest him again.