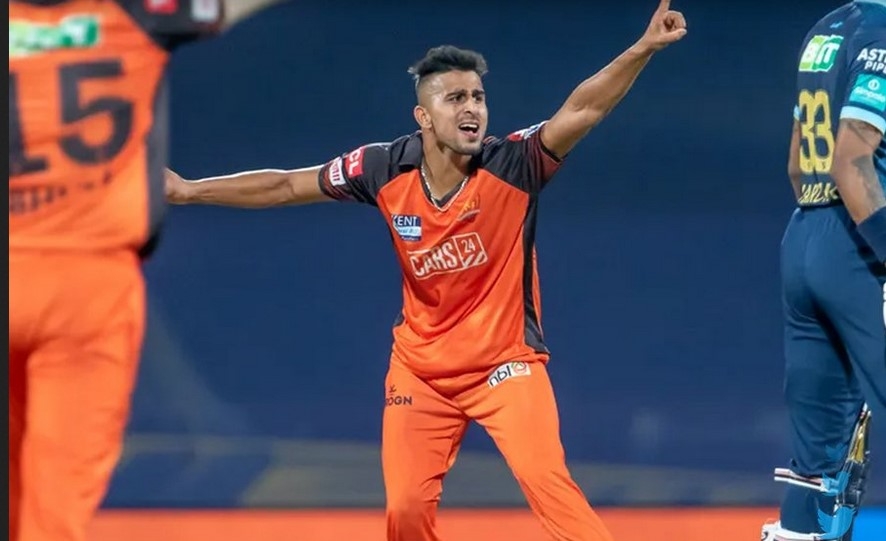 There is nothing more rewarding than your rival appreciating your talent and effort. It happened with Jammu and Kashmir pacer Umran Malik too. When Sunrisers Hyderabad (SRH) pacer bowled his heart out, Gujarat Titans could not resist and say `some serious pace’.

Umran picked up the wicket of Matthew Wade and social media exploded in joy. “Wade has to walk back. LBW!. That’s some serious pace from Umran,” Gujarat Titans tweeted

“That over from Umran Malik had everything. Hit a top batsman on the grill, felt the power of the counter-attack, and knocked over a T20 world cup winner with sheer pace,” tweeted Harsha Bhogle.

His first ball hit Hardik Pandya on the helmet. “Eventful over that from Umran Malik. Surprised Hardik on the first ball, but then was very predictable on the next two and got punished. Then corrected his length, and on the last ball, completely beat Wade for pace,” said a user

In the last match against Chennai Super Kings. Umran clocked 153.1kmph, the fastest ball in the history of IPL. He bettered his own record by bowling the fastest delivery. Last year Umran clocked 151.03 kilometers per hour (KMPH) in his first over against Kolkata Knight Riders,

Jammu and Kashmir pacer has impressed everyone with his pace. In his first match against Rajasthan Royals, Umran Malik finished with 2/37.

Coming from a humble background, Umran’s father runs a fruit stall in Jammu. A class X dropout, Umran is the only brother of his elder sisters.