Terrorism has no link with any religion: Amit Shah 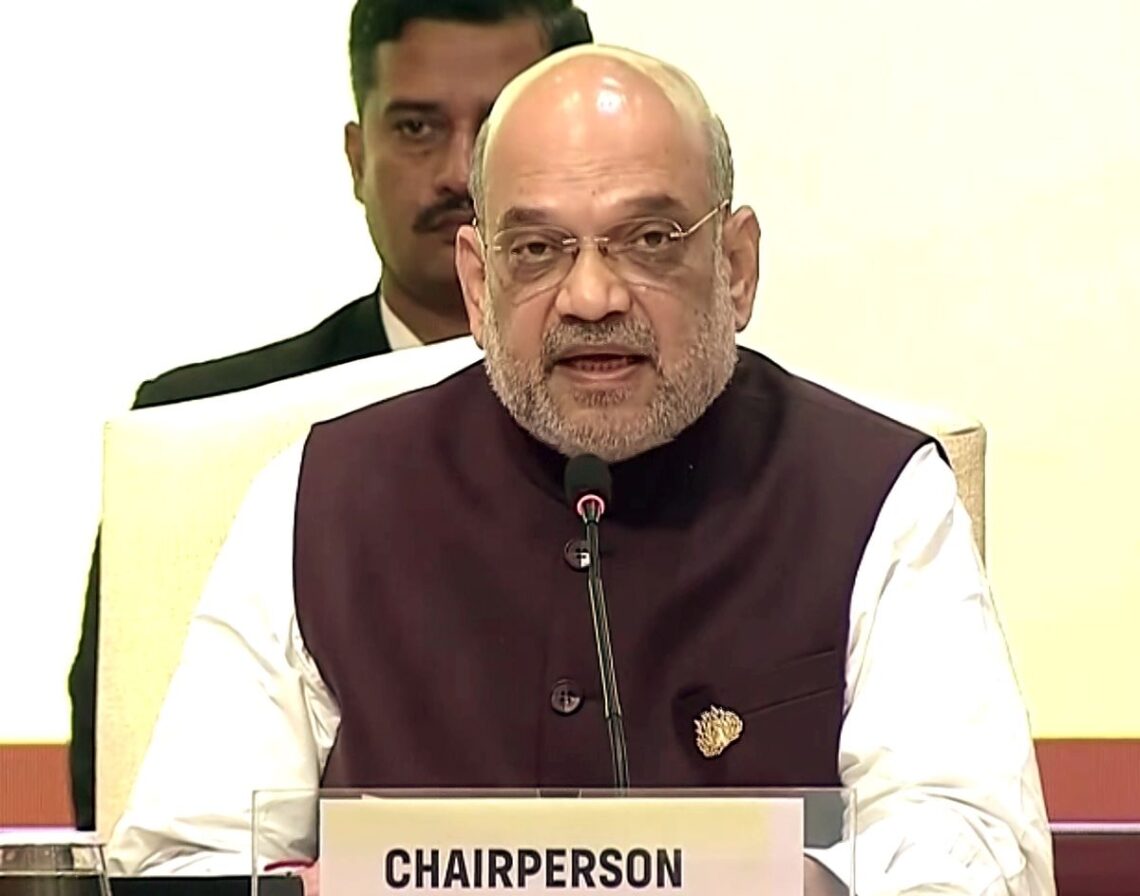 India recognizes that the threat of terrorism “cannot and should not” be linked to any religion, nationality, or group, Union Home Minister Amit Shah said on Friday.

IMAGE: Union Home Minister Amit Shah speaks on the topic ‘Global trends in Terrorist Financing and Terrorism’ at the third edition of ‘No Money For Terror’ Ministerial Conference on Counter-Terrorism Financing, in New Delhi on Friday. Photograph: ANI Photo

Addressing a session at the third ‘No Money for Terror Ministerial Conference on Counter-Terrorism Financing’, he said terrorism is, undoubtedly, the most serious threat to global peace and security but the financing of terror is “more dangerous”.

Terrorists are constantly finding new ways to carry out violence, radicalize youth and raise financial resources. The darknet is being used by terrorists to spread radical content and conceal their identities, he said.

“Additionally, there is an increase in the use of virtual assets like cryptocurrency. We need to understand the patterns of these darknet activities and find their solutions,” Shah said.

The home minister said the transformation of terrorism from ‘Dynamite to Metaverse’ and ‘AK-47 to virtual assets’ is a matter of concern for the countries and everyone has to work together to formulate a common strategy against it.

“I believe that financing terrorism is more dangerous than terrorism itself because the ‘means and methods of terrorism are nurtured from such funding. Financing terrorism weakens the economy of countries,” Shah told delegates at the conference hosted by the ministry of home affairs in New Delhi.

“We also recognize that the threat of terrorism cannot and should not be linked to any religion, nationality, or group,” the home minister said, adding India has fortified the security architecture as well as the legal and financial systems to fight the menace.

“It is the result of our continuous efforts that terrorist incidents in India have come down drastically. This has also resulted in a drastic reduction in the economic losses caused by terrorism,” he said.

In a veiled attack on Pakistan and China, the home minister said there are countries that “seek to undermine, or even hinder, our collective resolve to fight terrorism”.

“We have seen that some countries protect and shelter terrorists. Protecting a terrorist is equivalent to promoting terrorism. It will be our collective responsibility that such elements never succeed in their intentions,” he said.

Shah said no one should ignore terrorist safe havens or their resources.

“We also have to expose the double-speak of such elements who sponsor and support them.”

Therefore, it is important that this conference, the participating countries, and organizations do not take a selective or complacent perspective of the challenges of this region, he said.

Terrorists and terror groups now understand the nuances of modern weapons, information technology, and the dynamics of the cyber and financial space very well, he said.

Referring to the regime change in Afghanistan, the home minister said after August 2021, the situation in the South Asian region has changed and the growing influence of Al-Qaeda and ISIS has emerged as a significant challenge to regional security.

“These new equations have made the problem of terror financing more serious. Three decades ago, the whole world had to bear the serious consequences of one such regime change, the result of which we all have seen in the horrific attack of 9/11,” he said.

Shah said in this background, last year’s changes in the South Asian region are a matter of concern for everyone. Along with Al-Qaeda, organizations in South Asia such as Lashkar-e-Taiba and Jaish-e-Mohammed continue to spread terror, he said.

India has been a victim of terrorism which is sponsored from across the border for several decades, the home minister said, adding, “Indian security forces and civilians have had to deal with incidents of extremely serious terrorist violence perpetrated in a sustained and coordinated manner.”

“The international community has a collective approach that terrorism must be condemned in all its forms. But the forms and manifestations of terrorism are continuously evolving due to technological revolution,” he said.

The home minister said the emerging trends of the illegal trade of narcotics, and the challenge of narco-terror, have given a new dimension to terror financing.

“In view of this, there is a need for close cooperation among all nations. Multilateral institutions such as the United Nations and the presence of platforms such as the Financial Action Task Force, FATF, are most effective in terms of preventing terrorism in the field of combating the financing of terrorism,” he said.

Shah said FATF is playing an important role in setting and implementing global standards to prevent and combat, money laundering and terrorist financing.