‘Tere Naam’ to ‘Beta’: Have you seen Kashmiri spoofs of popular Bollywood films? 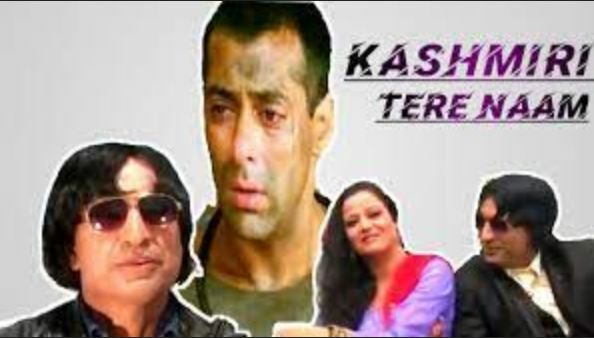 Srinagar: Have you seen Kashmiri Salman Khan playing `Radhe’ in the local version of `Tere Naam’?

Before the popularity of YouTube, local actors and directors would make spoofs in the Kashmiri language of hit Bollywood movies. The CDs of these spoof films would attract a good number of buyers.

Parodies of a few such films are available on YouTube. Some spoofs like that of Salman Khan’s hit film ‘Tere Naam’ are almost two hours long. Local actors have enacted almost every scene of ‘Tere Naam’ alongside songs in Kashmiri.

Popular theatre and TV actor Hassan Javed said the business of making these parodies took a hit after the advent of YouTube.

“After the advent of YouTube, the business of making these films took a hit as nobody buys CDs anymore. Local producers would invest one to two lakh rupees in making these movies and still managed to get profits through the sale of CDs. However, who will invest now as everything is available on YouTube and other online platforms now?” Javed told The Kashmir Monitor.