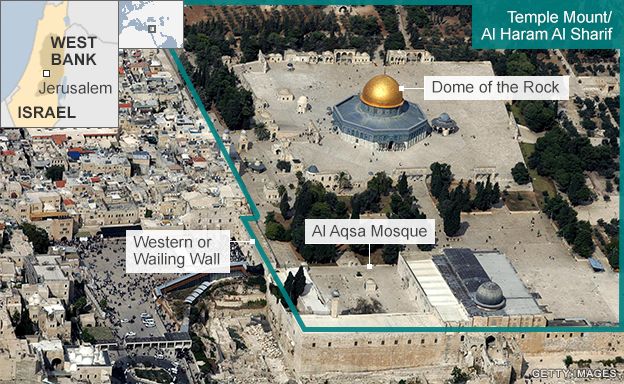 Tension has again gripped the Middle East after an Israeli court allowed Jews to hold “silent” prayer at the Al-Aqsa mosque in occupied East Jerusalem.

Justice Bilha Yahalom of Jerusalem Magistrates’ Court said Jewish prayer at the holy site could not be considered a “criminal act” if it remained silent, as it would not violate police instructions, reported Middle East Eye.

The court was hearing a petition by Rabbi Aryeh Lippo contesting a ban on his visit to the revered mosque. The judge said Lippo should be allowed to pray at the site.

Earlier, Jewish worshippers were allowed to enter the Al-Aqsa compound, known as the Temple Mount, but they were not allowed to pray.

The decision has evoked a strong reaction from Islamic countries. Condemning the decision, Jordan, which has managed the Jerusalem Islamic Waqf since 1948, said they are the sole legal authority to administer the affairs.

“The decision is a serious violation of the historical and legal status of al-Aqsa Mosque,” Jordan’s foreign ministry spokesman said in a statement.

Turkish Foreign Ministry said that the decision risks encouraging fanatic circles that try to erode the status quo at Al-Aqsa. The ministry warned that the move could lead to tensions.

The ministry called on the international community to reject this “wrong, illegal and dangerous decision.”

Israel occupied East Jerusalem during the 1967 Arab-Israeli war and annexed the entire city in 1980.

Jewish activists have always violated the rules and barged into the complex, while Muslim worshippers are often prevented

In May, hundreds of Palestinians were wounded in a raid by Israeli police on the mosque. The raid triggered an 11-day war in May between Israel and Hamas.

Last month thousands of Israelis barged into the complex after the Jewish holiday of Sukkot.