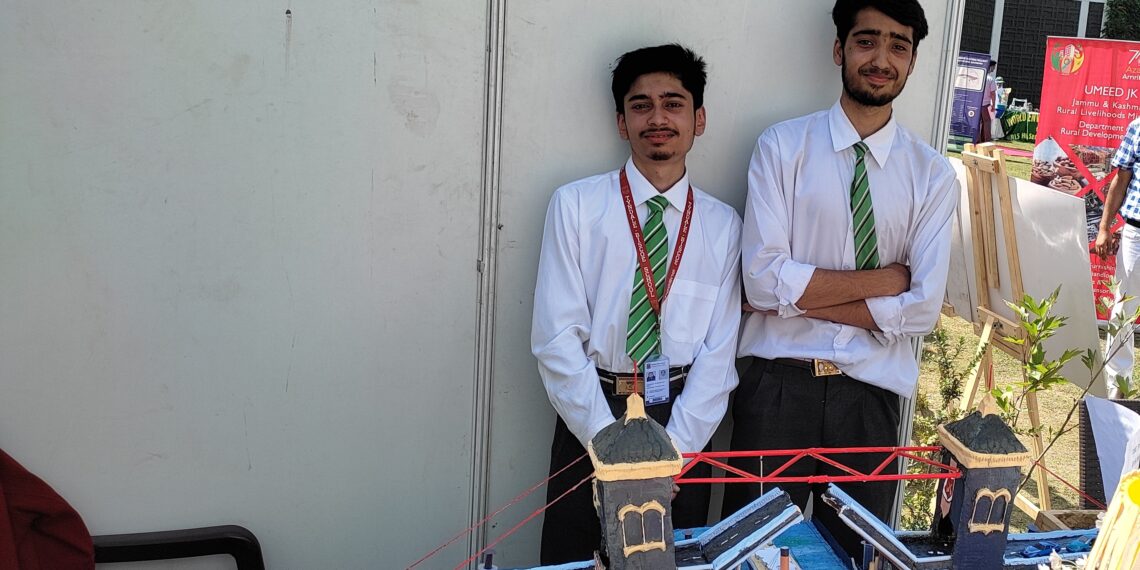 Students of 12th standard at Tyndale Biscoe School, who love to read about ships and ports, decided to innovate something in the same field.

For months, the tech-savvy trio worked hard to create something that would help Kashmir. Come May, a hydraulic bridge that generates electricity was born.

These bridges can be built over rivers including Ganga, Yamuna, and even on river Jhelum if it is dredged and widened.

“Through this bridge, we can give a boost to the economy of the country. Landlocked cities including Delhi, Noida, Agra, and Varanasi which are built over rivers can be converted into revenue-generating ports. It will reduce the shipping cost and will certainly boost the economy of India,” he said.

Omar said the bridge can prove helpful in reducing the travel time to save the fuel and pollution caused by motor vehicles.

“This model is proof that a hydraulic bridge is an actual engineering marvel. London, which is 376 miles away from the nearest sea, has a port on the River Thames and is a perfect example of how hydraulic bridges work. We have a huge scope of hydraulic bridges in India but unfortunately, we don’t have them in abundance,”  he said.

The trio demonstrated the model before Lieutenant Governor Manoj Sinha, who appreciated their innovation.