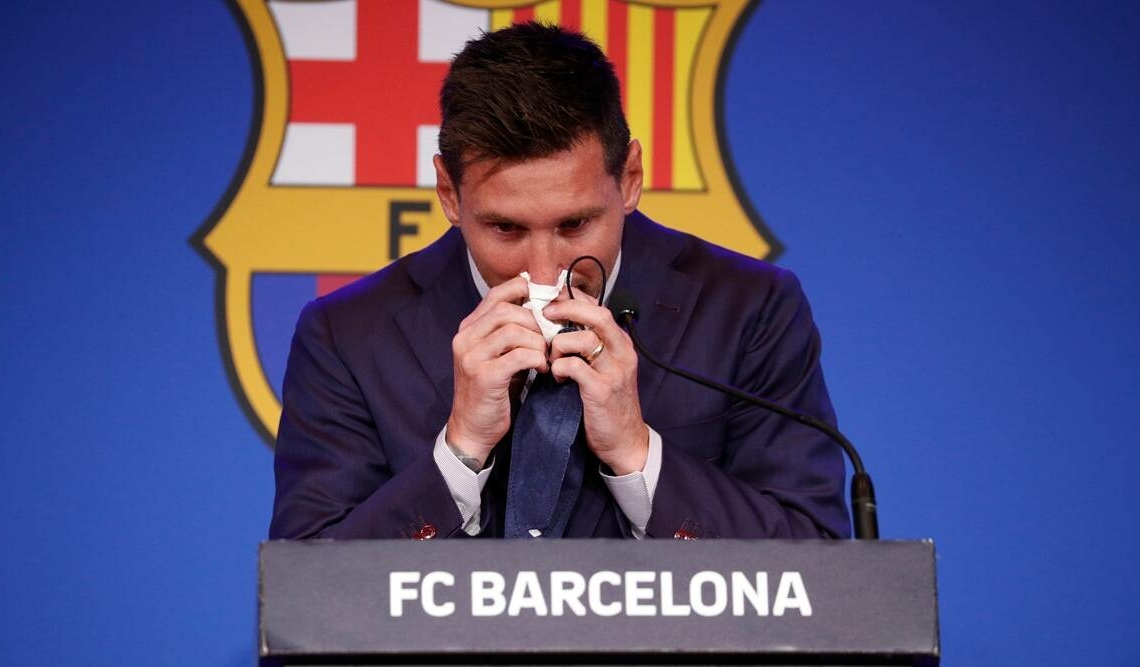 Lionel Messi broke down in tears as he spoke about his Barcelona exit for the first time at a press conference on Sunday. After 778 appearances and a staggering 672 goals, Messi will move on from Barcelona with 10 league titles, four Champions League crowns and three Club World Cups among his haul of 35 trophies.

Messi’s family and some of his teammates were at Camp Nou for the player’s farewell. The Barcelona legend struggled to hold himself together as he took the stage. He began the address by stating that he and his family had no intentions to leave and had been planning their future in Barcelona.

Messi confirmed that this sudden turn of events took him by surprise and everything was in place for him to stay but then LaLiga rules changed everything. He went on to admit that he did not want to stay last year but this year he tried everything to ensure he stayed.

“A lot of things have gone through my head. I’ve still not come to terms with the reality of leaving this club now and changing my life. We need to accept it and move forward. The time when I made my debut, that was my dream come true and everything that came later was amazing. I will always remember that moment where everything started.”

“Honestly last year with all the nonsense with the Burofax I was convinced I knew what I wanted to say, but this year is not the same. This year my family and I were convinced we were going to stay here at home, its what we wanted more than anything.”

“I did everything to stay here. I agreed to reduce my salary by 50 percent.”

“We have had some good times and some bad times as well, but the love people have shown me has always been the same.”

Messi avoided speaking specifically about his future, saying he received offers from several clubs after the announcement that he would leave the Catalan club. When asked about Paris Saint-Germain, Messi admitted it was “a possibility.”

Earlier, Barcelona announced Thursday it could not keep its greatest player because it wasn’t able to fit a new contract within the Spanish league’s financial fair-play regulations.