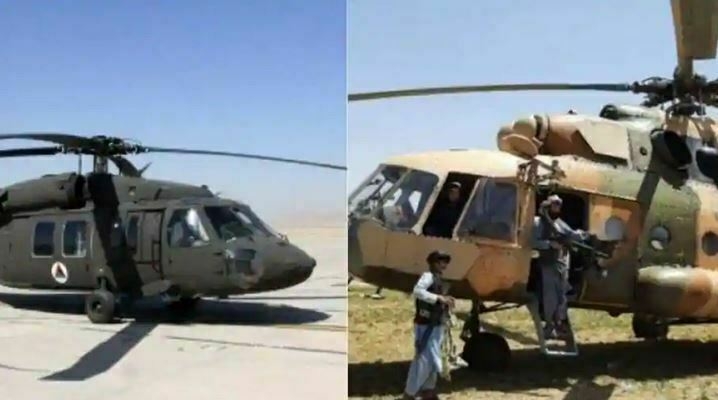 Amid carnage in Kabul where over 100 people including US troopers have been killed in a series of bomb blasts on Thursday, a video is being shared on social media in which Taliban militants are apparently trying to maneuver a high-tech chopper.

Newly surfaced video footage shows what appears to be Taliban forces trying to fly a costly Black Hawk helicopter after taking control of a multitude of weapons left behind by fleeing Afghan security forces.

A one-minute video clip making the rounds on social media captures the UH-60 Black Hawk chopper taxiing the tarmac at an undisclosed airport in Afghanistan. The plane is never seen hovering more than a few inches from the ground.

​Speculation suggests that the aircraft, manned earlier by Afghan security forces, was part of additional equipment and artillery that was kept at the Kandahar airport in southeastern Afghanistan.

While it’s unclear who exactly is manning the aircraft, it’s also uncertain whether the militant forces were ever able to fully fly the military helicopter.

The footage comes as various photos have emerged online showing Taliban forces donning full US military garbs that had been left behind by security forces amid the militant group’s forward and swift overtake of much of the Central Asian nation.