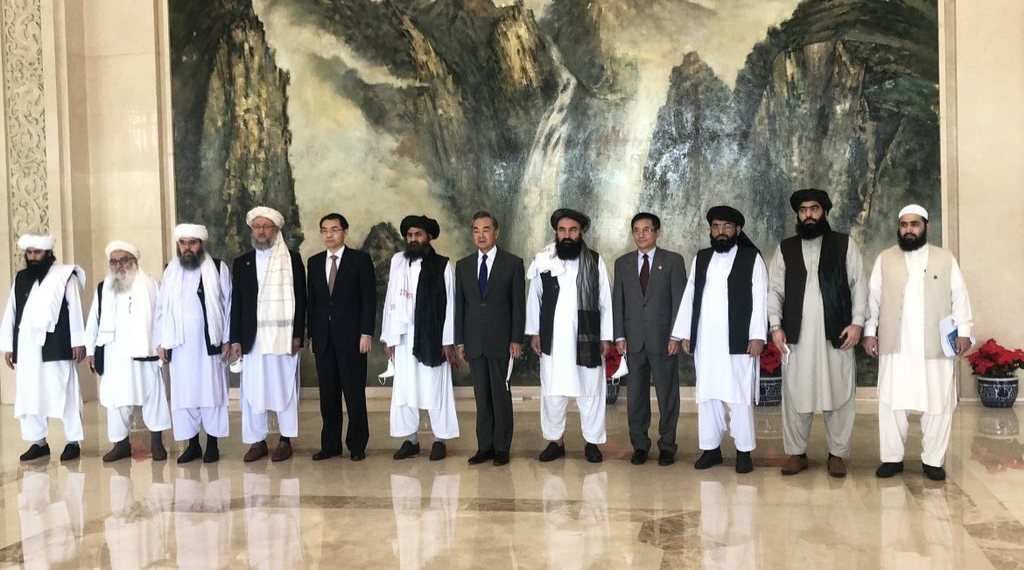 A nine-member Taliban delegation is on a two-day visit to China where they met the foreign minister for talks on the peace process and security issues, the group said on Wednesday.

“Politics, economy and issues related to the security of both countries and the current situation of Afghanistan and the peace process were discussed in the meetings,” Taliban spokesperson Mohammed Naeem tweeted.

Naeem added that the group, led by Taliban negotiator and deputy leader Mullah Baradar Akhund, was also meeting China’s special envoy for Afghanistan and that the trip took place after an invitation from Chinese authorities, reported Reuters.

The visit was likely to further cement the insurgent group’s recognition on the international stage at a sensitive time even as violence increases in Afghanistan. The militants have a political office in Qatar where peace talks are taking place and this month sent representatives to Iran where they had meetings with an Afghan government delegation.

Security in Afghanistan, with which China shares a border, has been deteriorating fast as the United States withdraws its troops by September. The Taliban has launched a flurry of offensives, taking districts and border crossings around the country while peace talks in Qatar’s capital have not made substantive progress.

“(The) delegation assured China that they will not allow anyone to use Afghan soil against China,” Naeem said. “China also reiterated its commitment of continuation of their assistance with Afghans and said they will not interfere in Afghanistan’s issues but will help to solve the problems and restoration of peace in the country.” (With Agency inputs)