Taliban again shuts down schools for girls in Afghanistan 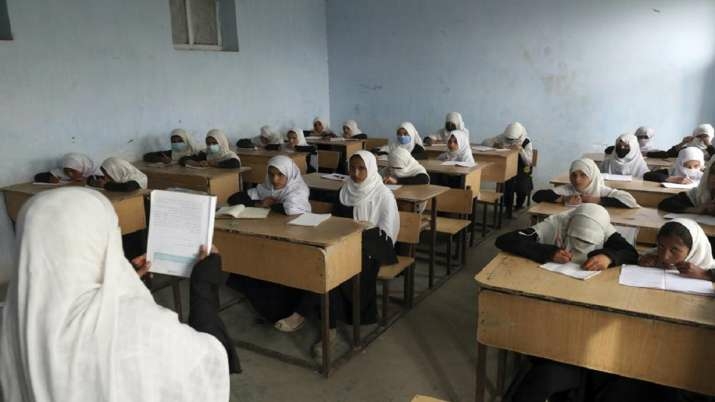 KABUL: Taliban on Wednesday again shut down schools for girls in Afghanistan.

Crestfallen students, back in class for the first time since the Taliban seized power in August last year, tearfully packed up their belongings and filed out.

The international community has made the right to education for all a sticking point in negotiations over aid and recognition of the new Taliban regime.

All schools were closed because of the COVID-19 pandemic when the Taliban took over last August — but only boys and some younger girls were allowed to resume classes two months later.

The international community has made the right to education for all a sticking point in negotiations over aid and recognition of the new regime, with several nations and organizations offering to pay teachers.

The education ministry said schools would reopen Wednesday across several provinces — including the capital Kabul — but those in the southern region of Kandahar, the Taliban’s spiritual heartland, will not open until next month. No reason was given.

The ministry said reopening the schools was always a government objective and the Taliban were not bowing to pressure.

“We are not reopening the schools to make the international community happy, nor are we doing it to gain recognition from the world,” said Aziz Ahmad Rayan, a ministry spokesman.

The Taliban had insisted they wanted to ensure schools for girls aged 12 to 19 were segregated and would operate according to Islamic principles.

The Taliban have imposed a slew of restrictions on women, effectively banning them from many government jobs, policing what they wear, and preventing them from traveling outside of their cities alone.

Despite the schools reopening, barriers to girls returning to education remain, with many families suspicious of the Taliban and reluctant to allow their daughters outside.

Human Rights Watch also questioned what motivation the girls would have to study.

“Why would you and your family make huge sacrifices for you to study if you can never have the career you dreamed of?” asked Sahar Fetrat, an assistant researcher with the group.

The education ministry acknowledged authorities faced a shortage of teachers — with many among the tens of thousands of people who fled the country as the Taliban swept to power.

“We need thousands of teachers and to solve this problem we are trying to hire new teachers temporarily,” the spokesman said.