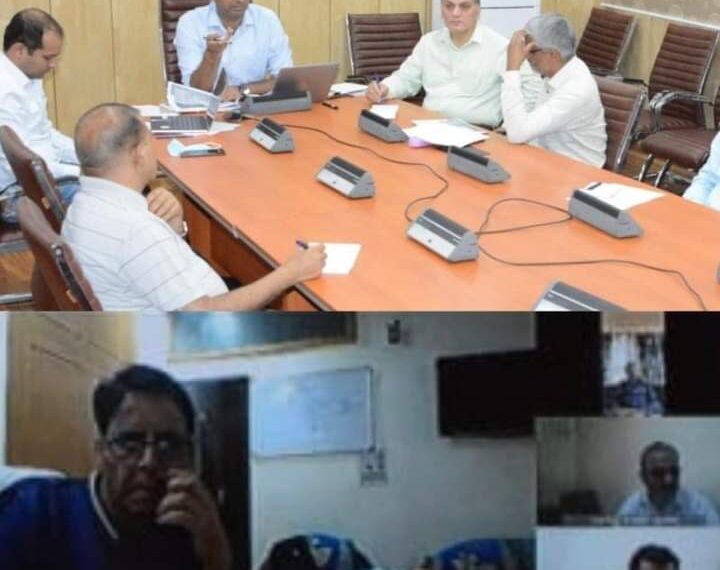 Srinagar: The Tribal Affairs Department (TAD) today finalised modalities for establishment of 25 new hostels for students at block level in various districts and steps for completion of more than 10 languishing hostel projects, aimed at providing much required residential facilities for education of tribal students both in cities and remote rural areas.

These hostels with capacity of 150 students each will accommodate 3750 students and offer modern educational facilities. An amount of Rs 50.00 Lakh is being provided for furniture while each hostel will have a library and smart classroom.

State land free of cost for construction of these hostels along with a scope for future expansion has also been provided by the government on priority. Deputy Commissioners in the concerned districts have allotted land upto 5 Kanal for each hostel. Based on the Stamp Duty value land measuring 138 Kanal worth Rs 34.00 Cr has been allotted for establishment of 25 hostels in various districts.

Department of Tribal Affairs also approved Rs 8.00 Cr for completion of languishing hostels pending since many years and approved Rs 17.00 Cr for repair, renovation and capacity enhancement of existing hostels, the work on which will be put to tenders at an earliest through the concerned executing agencies.

Dr Shahid reviewed the plan and proposals for various hostels and directed for early start of work after formal foundation stone laying ceremony scheduled to be chaired by the Lieutenant Governor Sh Manoj Sinha next week, the arrangements for which were also reviewed. He underlined that education of tribal students is top-most priority for the government and outcome based concerted efforts shall be made to ensure best educational facilities to be made available.

The 25 hostels being established by the department include 23 to be constructed in districts and 02 in the University campuses in RS Pura and Anantnag.