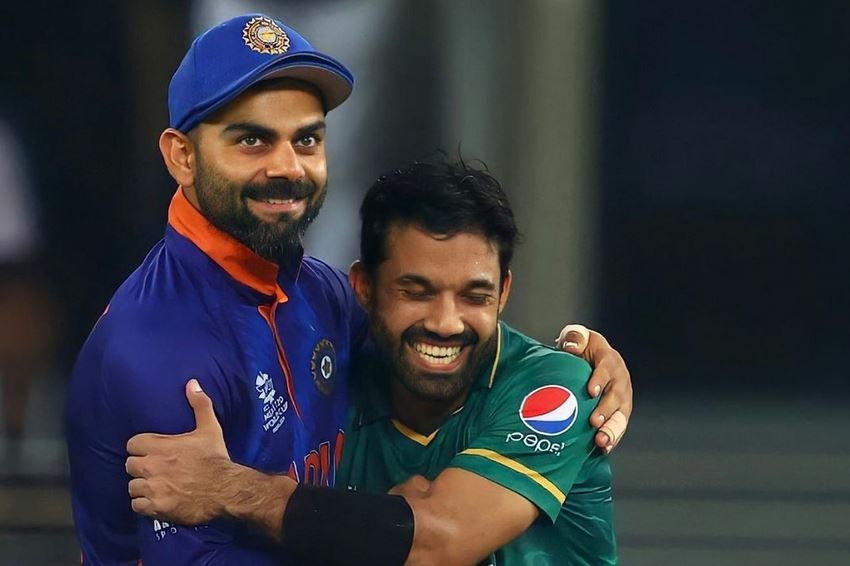 Captain Babar Azam (68 not out off 52 balls), wicketkeeper-opener Mohammad Rizwan (79 not out off 55 balls) scored half-centuries as Pakistan crushed India by 10 wickets in ICC T20 World Cup 2021 Super 12 contest at the Dubai International Stadium on Sunday.

Earlier, Babar Azam won the TOSS and Pakistan elected to bowl against India in match 16.

In terms of numbers, India have an all-win record against their arch-rivals in the T20 World Cup since its inception in 2007. Incidentally, all the matches were won under the one and only MS Dhoni, who will be there on skipper Virat Kohli’s ears with his ‘diamond-crusted info nuggets, which might lead to Babar Azam tearing a hair or two in exasperation.