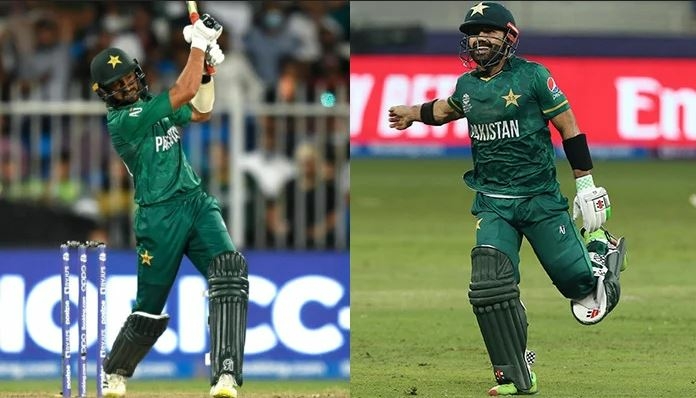 Sarfaraz Ahmed and Haider Ali might replace Shoaib Malik and Mohammad Rizwan after the in-form batters caught the flu ahead of Pakistan’s crucial semi-final against Australia, reports said on Wednesday.

The manager of the Pakistan cricket team, Ibrahim Badees, according to a report by Geo News said COVID-19 tests of both players came back negative, but the doctor has advised them to rest.

The players will undergo a medical check-up tomorrow before the match.

Malik and Rizwan did not partake in the practice session that was held today, while former skipper Sarfaraz was seen giving it his all during the session.

Pakistan will take on Australia in the T20 World Cup semi-final tomorrow (Thursday) in Dubai.

Pakistan remained undefeated in the Super 12 stage of the tournament, where they beat India, New Zealand, Afghanistan, Namibia, and Scotland.

In a virtual press conference a day earlier, skipper Babar Azam said he was confident that the Men in Green will maintain the momentum and perform well against Australia in the semi-final.

Minor flaws have been pointed out in all the matches which sometimes relate to batting, sometimes bowling, Babar said.

“It is good that we are trying to fix these issues,” he said.