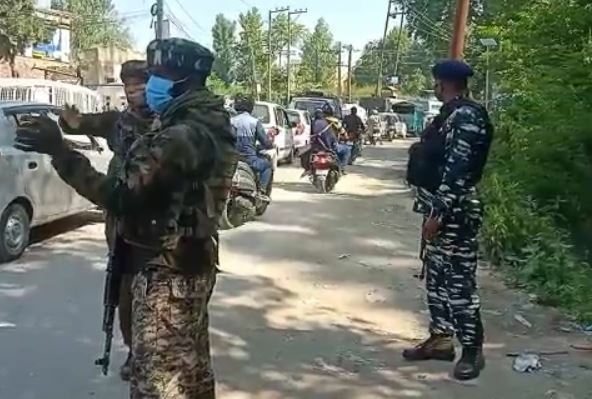 A top official of the CRPF said that the suspected militants fired upon CRPF 29 BN D-Coy party near Bilal Abad in Kralpora.

Meanwhile, CRPF Spokesperson for Srinagar sector, Abhiram said that the suspected militants fired upon the CRPF party from nearby fields in the area.

He said that there was, however, no injury reported while the area has been cordoned off to nab attackers—(KNO)