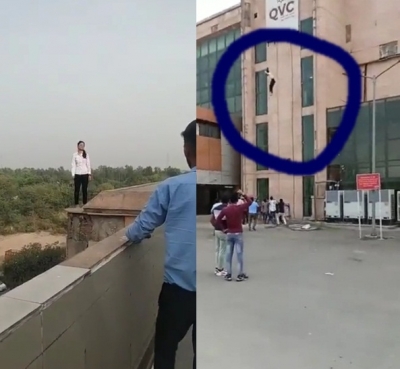 New Delhi, April 14: A deaf and mute girl received critical injuries after she jumped from the Akshardham metro station on Thursday, police said.

She climbed the wall of the metro station from platform no 2. The security staff and the police tried to pacify her, but she didn’t heed to them.

A video shows her jumping down while efforts to pacify her were going on.

The girl was rushed to Lal Bahadur Shastri Hospital where she was admitted to the ICU ward.

The doctors treating her told the police that she was not fit to make any statement and her condition was critical.

“Girl is deaf and mute. Her parents are also deaf. They have been informed. She has been admitted to LBS hospital. She has suffered fractures on her leg and hand. Treatment is underway.”

“The incident happened around 7.30 a.m. at platform number 2 side,” said the police official