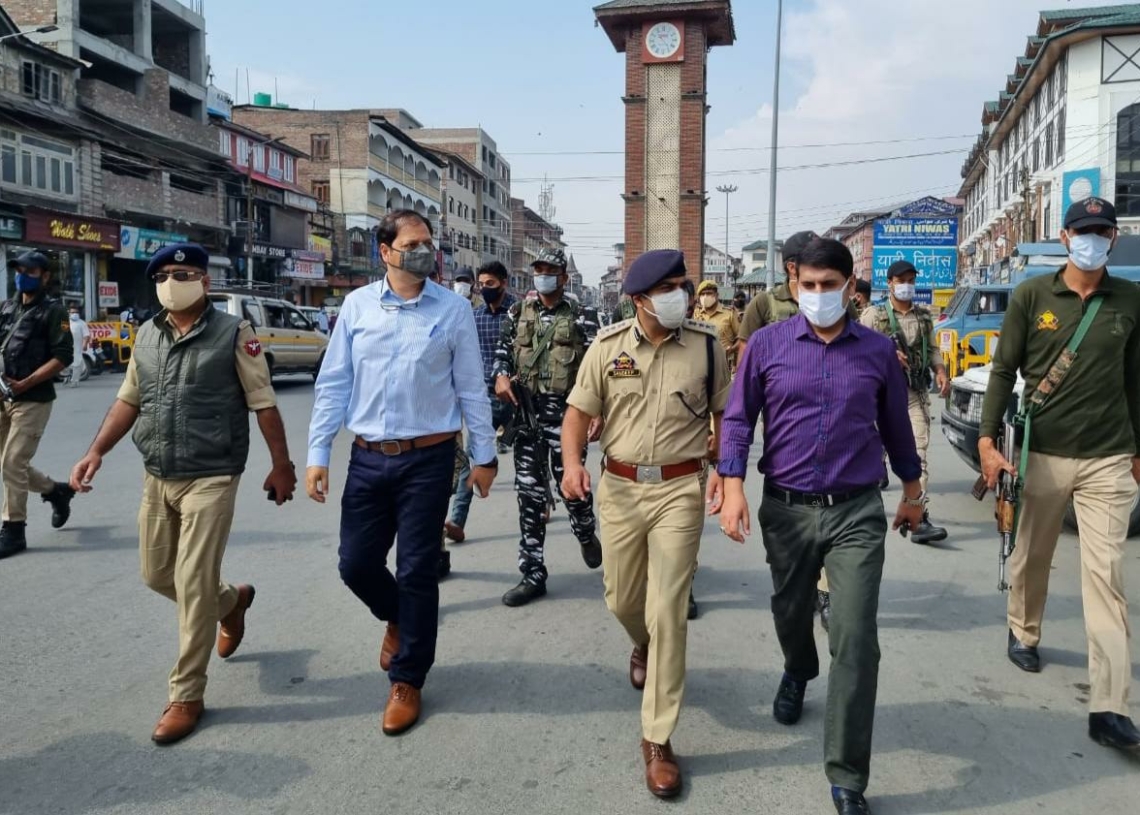 Srinagar: Deputy Commissioner Srinagar Muhammad Aijaz Asad Tuesday said that traders of Srinagar have assured the administration that they will implement Covid appropriate behavior in spirit while as some clusters in the city are under constant watch of the administration for violating Covid norms.

He also said that strict action as per the law will be taken against people who invite more people than permitted by the government in their marriage functions. Talking to reporters after chairing a meeting with the traders and civil society members of Srinagar, the Deputy Commissioner said that traders of Srinagar have assured him that they will strictly implement CAP in the entire district. “This will help prevent the further spread of the virus,” he said.

On spurt in Covid positive cases in some Srinagar pockets, he said it is not that entire district is reporting positive cases but yes “there are some clusters in the district, where positivity rate is high.”

“These areas are under constant watch of the administration. We will wait for a few days and accordingly act,” he said.

To a query that masks are being sold at high prices in the city, he said wherever there is a complaint, people should approach the administration and “we will regulate the prices.“