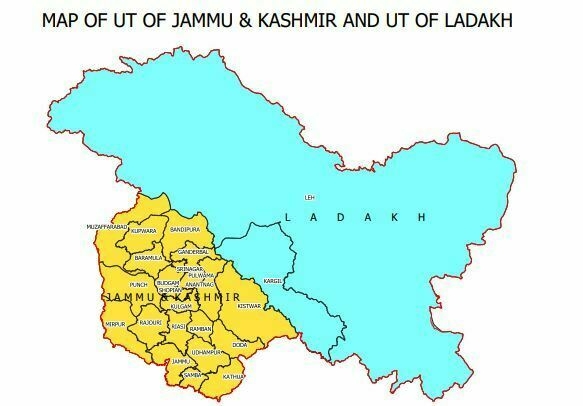 Srinagar: The Government Sunday issued a clarification on the recently approved special dispensation for regulating construction in “Strategic Areas”, required by the Armed Forces for their direct operational and training requirements.

In an official statement, the government said that “some misgivings” have been expressed in the media regarding the decision.

“A few political parties are deliberately misleading people as if land is being transferred to Armed Forces and entire J&K is being turned into a military establishment. It is being alleged that new areas are going to be declared as strategic where laws regulating development will not prevail. All these are baseless comments being made without reading facts,” the government said in its clarification.

“It is important for the people to correctly know the facts, understand the rationale and importance of the decision, to avoid believing these mindless misrepresentations and misgivings,” it said.

The decision, the government said, has “nothing to do with the transfer of any land to the Armed Forces”.

“The transfer, both acquisition and requisition, continues to be governed by the existing law and the norms on the subject. There is no decision to either transfer any new land or declare areas outside cantonments or army land as strategic. In fact, it is the stated policy of the Government to regulate and harmonize the requirement of land by the Armed forces to meet the competing demands of development and internal security,” the statement read.

It added: “The Armed Forces, in Jammu and Kashmir are not only entrusted with the responsibility of defending the boundaries of the Union Territories of Jammu & Kashmir and Ladakh but are also involved in combating insurgency. During past some years, the Defence Forces have brought to the notice of the government that multiple issues keep commonly coming up in their infrastructure development activities which are not only cumbersome and time-consuming, but at times go against strategic interests.”

“Keeping in view the strategic importance of constructing such infrastructure within a defined timeframe, it has been felt that a special mechanism needs to be put in place for such strategic infrastructure needs. On the other hand, it is also important to ensure that whatever development takes place, especially when it is in the local areas of development authorities, it conforms to the overall developmental plan. The reconciliation of these two competing exigencies of public interest is important. It is with the above objective the Government has approved this special dispensation,” it said.

The government  said that in the so called notified “Strategic Areas, within existing Armed Forces land, the responsibility of ensuring that construction activities are undertaken as per the Developmental Control Regulation of the Master Plan and all environmental safeguards are observed, has been delegated to the Armed Forces themselves.”

“Further, adequate safeguards have been kept to ensure that the provisions are not misused. Only an Army Authority, not below the level of a Corps Commander, could make a request to the Government for earmarking such area as strategic only for direct operational and training requirements of Armed Forces. Additionally, the Government will satisfy itself  about the reasons cited for declaring the areas as Strategic Area and will have such area notified accordingly, to the extent and with such conditions as may be required.”

“As would be seen, the special dispensation neither gives any powers to the Armed Forces to acquire more land in the Jammu & Kashmir, nor does it allow them any unbridled powers, without observing environmental safeguards and Developmental Control Regulations of the Master Plan. It only facilitates fast tracking of the construction of strategic assets, in the overall national interest, while observing all norms,” the statement added.