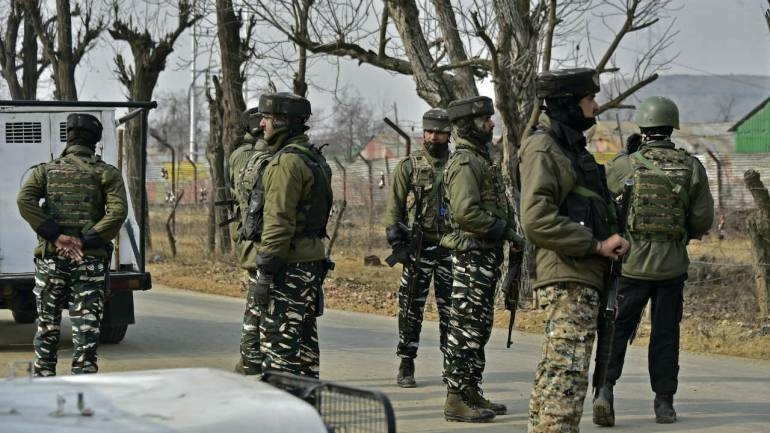 Srinagar, Mar 10: When security forces killed three newly infiltrated Pakistani Jaish-e-Mohammad fidayeen at Nagrota on Jammu-Srinagar National Highway last month little did they suspect that the slain might be armed with deadly steel core bullets which could pierce through level 3 bulletproof vehicles and vests used by police and armed forces in the counter-insurgency operations.

“They had an IED, which was ready to be used around Nagrota through some third person. They had dumped it at a convenient location on the highway. They had AK Rifles and armored piercing steel core ammunition which can go through Level 3 protection Bullet Proof (BP) vehicles which we have. Huge quantities of sophisticated arms, ammunition, communication equipment was seized from them,” said a police spokesman

It was for the second time in the last 30 years that the security forces recovered steel core bullets from militants in the valley. And both times Jaish-e-Mohammad militants were involved.

Steel core bullets were used by Jaish militants for the first time when they carried out a fidayeen attack on CRPF camp at Lethpora in South Kashmir on December 31, 2017. Five personnel were killed despite carrying a static bullet-proof shield provided by the Army.  Before Lethpora, steel-core bullets were used in the Jaish attack at Dinanagar, Punjab, in 2015.

Steel core bullets are made of hardened steel or tungsten carbide. Generally, the AK bullets have a lead core covered with mild steel which cannot penetrate a bulletproof shield.  Steel core ammunition on the other side can penetrate an NIJ Level IIIA vest, because of the harder steel doesn’t deform on contact with the high-tensile Kevlar.

“We have no idea whether militants have steel core bullets in their arsenal or not.  There have been only two incidents when militants were found either using or carrying the steel core bullets. But we are already seized of the matter. All precautions are being taken”, said a top security force officer.

Sources said arming militants with steel core bullets is a desperate measure to keep the pot boiling given the sagging morale and significant drop in the local recruitment across Jammu and Kashmir.