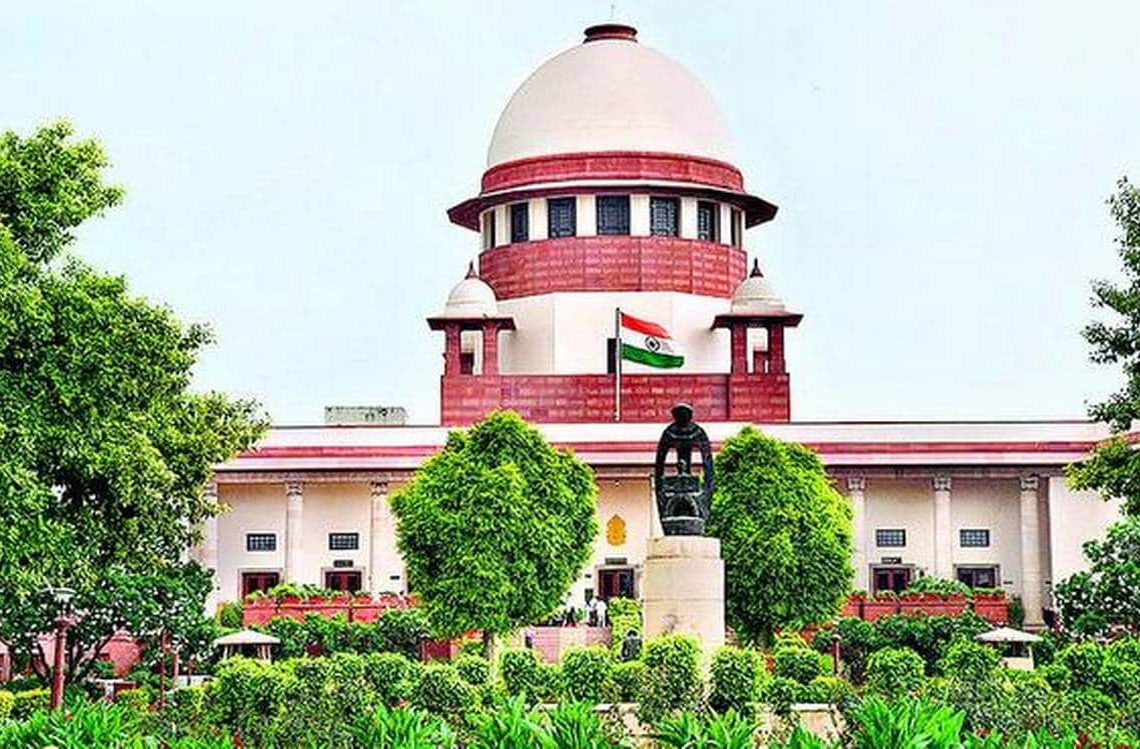 New Delhi: The Central government has told the Supreme Court that certain States, where Hindus or other communities are less in number, can declare them as minorities within their own territories, to enable them to set up and administer their own institutions. Putting the onus on States, the Central government in an affidavit stated that State governments have the power to declare communities as a minority.

The response of the Central government came on a plea filed in 2020 by advocate Ashwini Upadhyay, that as per the 2011 Census, Hindus were a minority in Lakshadweep, Mizoram, Nagaland, Meghalaya, Jammu and Kashmir, Arunachal Pradesh, Manipur, and Punjab and that they should be given minority status in these states in accordance with the principle laid down by the Supreme Court in its 2002 TMA Pai Foundation ruling. The apex court in the TMA Pai case had said that for the purposes of Article 30 which deals with the rights of minorities to establish and administer educational institutions, religious and linguistic minorities have to be considered state-wise.

Under Section 2(c) of the National Commission for Minorities Act, 1992, the Centre had in 1993 notified five communities — Muslims, Sikhs, Buddhists, Parsis and Christians — as minorities. The affidavit said that the petitioner’s contention was that followers of Judaism, Bahaism and Hinduism, who are minorities in Laddakh, Mizoram, Lakshadweep, Kashmir, Nagaland, Meghalaya, Arunachal Pradesh, Punjab and Manipur, can’t administer their institutions was not correct.

“They can establish and administer educational institutions of their choice in the said State and laying down guidelines for identification of minorities at State level may be considered by the concerned state governments,” added the Centre’s affidavit. Seeking the dismissal of the plea, the Centre said in the affidavit that “the reliefs sought by the petitioner are not in larger public or national interest”.

It said the issue of identification of religious and linguistic minorities cannot be straight-jacketed and “religious and linguistic minorities are spread all over the country and are not related or restricted to any single state/UT of India. India is a country with very unique characteristics. A religious group that is in majority in one state may be in minority in another state.” The plea had sought direction to the Centre to lay down guidelines for identification of minorities at the state level saying the Hindus are in minority in 10 states and are not able to avail the benefits of schemes meant for minorities.

In his plea, the petitioner had also challenged the validity of Section 2(f) of the National Commission for Minority Education Institution Act 2004 for giving unbridled power to the Centre and being manifestly arbitrary, irrational and offending. The plea had said, “Direct and declare that followers of Judaism, Bahaism and Hinduism, who are minorities in Laddakh, Mizoram, Lakshadweep, Kashmir, Nagaland, Meghalaya, Arunachal Pradesh, Punjab and Manipur, can establish and administer educational institutions of their choice in the spirit of the TMA Pai Ruling.”