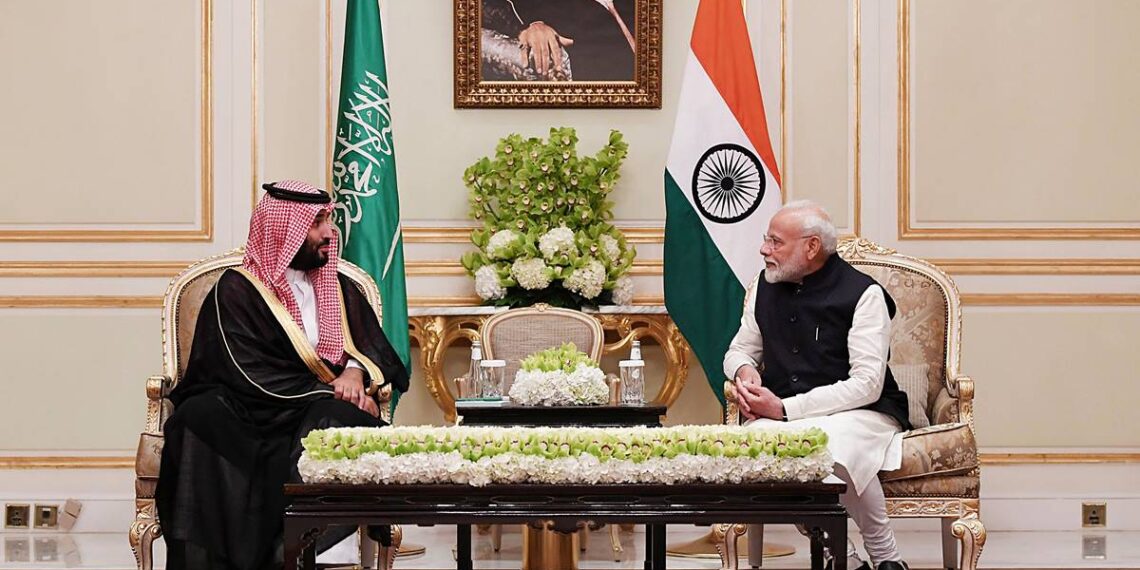 The stage is all set for the visit of Saudi Arabia’s Crown Prince and Prime Minister (PM) Mohammed bin Salman to India on November 14.

Local media reported he will be visiting at the invitation of Prime Minister (PM) Narendra Modi.

As per a report by The Hindu, Mohammed bin Salman will arrive early on November 14 and leave later in the day for the G-20 summit. He is expected to depart for Bali with Narendra Modi to attend the summit on November 15.

During their meeting, PM Salman and PM Modi are expected to discuss the current energy security scenario as a result of Russia’s war in Ukraine and the western coalition sanctions that neither India nor the Kingdom of Saudi Arabia has joined.

Prior to the Crown Prince, the Saudi Energy Minister Abdulaziz bin Salman traveled to India on October 21, as OPEC+ decided to reduce oil output.

According to Saudi Press Agency (SPA), during the visit, Prince Abdulaziz held meetings with the Indian Minister of Commerce and Industry Piyush Goyal; Minister of Petroleum, Hardeep Singh; Minister of Electricity, Raj Kumar Singh, and a number of leaders of the Indian business sector.

The two parties discussed enhancing integration between Saudi Arabia and India and opportunities for joint cooperation between them.