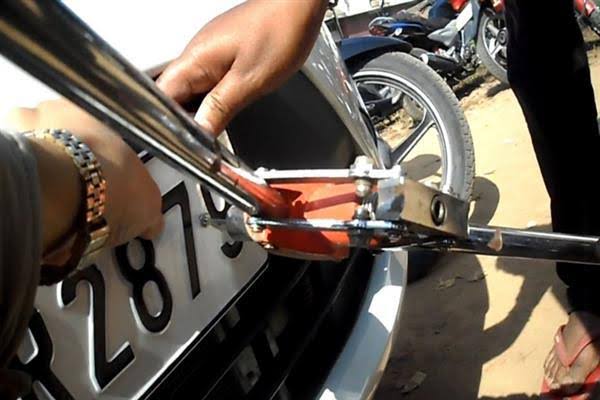 Srinagar, Aug 17 : Jammu and Kashmir police on Wednesday appealed the people to install mandatory High Security Number Plate (HSNP) on their vehicles and said that any non-compliance will lead to legal action including seizure of vehicle.

Police in an advisory said that in light of investigations into usage of vehicles for transport by militants, all owners are requested to install HSNP on both front and rear of vehicles (in all the two wheelers also) as mandated by MV act.

Police said that any non-compliance will lead to legal action including seizure of such vehicles.

“Further all persons selling, renting or providing vehicles (two wheelers including) are also requested to verify credentials of such buyer and user from nearest police station before handing over vehicle,” police said.