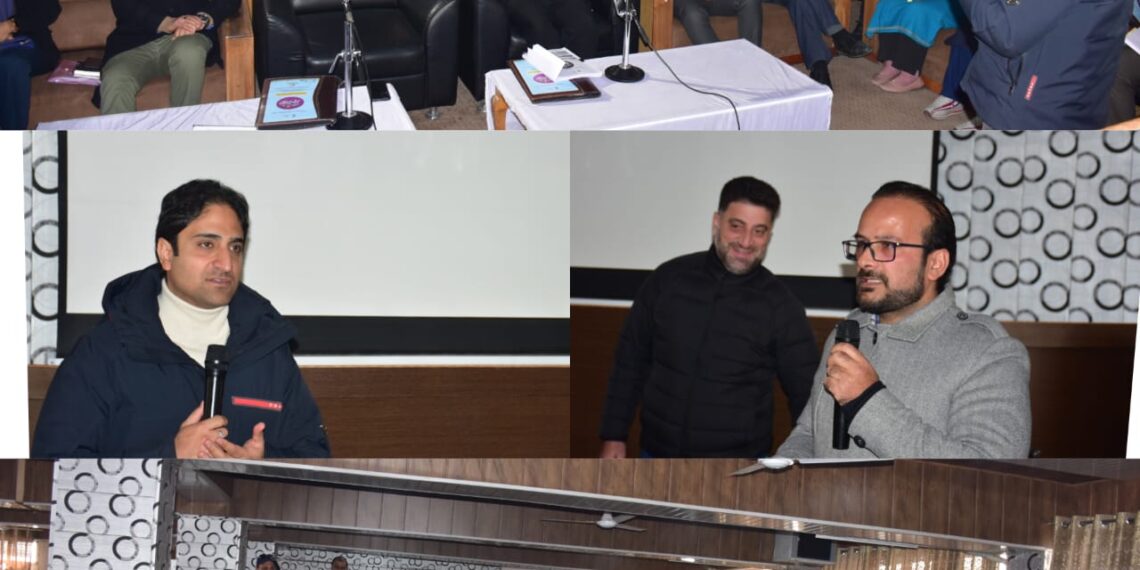 SRINAGAR, DECEMBER 06: Srinagar Mayor Junaid Azim Mattu today chaired a meeting to review the myriad of activities undertaken under ‘My Town My Pride’ program and the projects being developed under the Smart City Project (SCP).

Dheeraj Gupta, Principal Secretary H&UDD was the chief guest on the occasion.

The Nodal officer designated for ‘My Town My Pride’ 2.0 presented a detailed report on various projects taken up for the beautification of the city.

Later a question-answer session was held between the Corporators and officials from various departments.

During the threadbare interaction among dignitaries in the meeting, the Mayor assured the timely response and fulfillment of queries raised by the Corporators