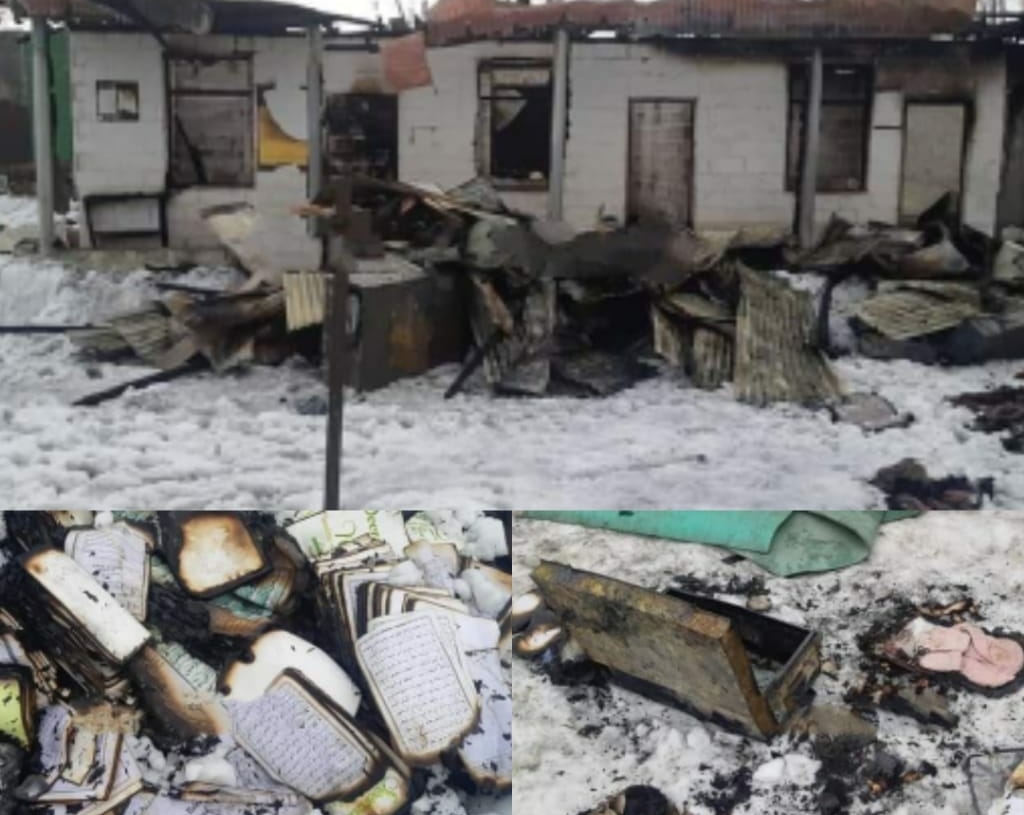 Srinagar: A Dar-ul-Uloom was gutted in a massive blaze that broke out in Noorbagh area of Srinagar.

Reports said that the fire broke out at Madrasa Islamiya Arabia Daru Salaam in Baghwanpora, Noorbagh during the intervening night of Thursday and Friday.

They said that fire tenders reached the spot and doused the flames.

However, locals said that the buidling was fully damaged and belongings worth lakhs got damaged.

Officials said that the fire broke out after short circuit while further investigation is going on. (KNO)