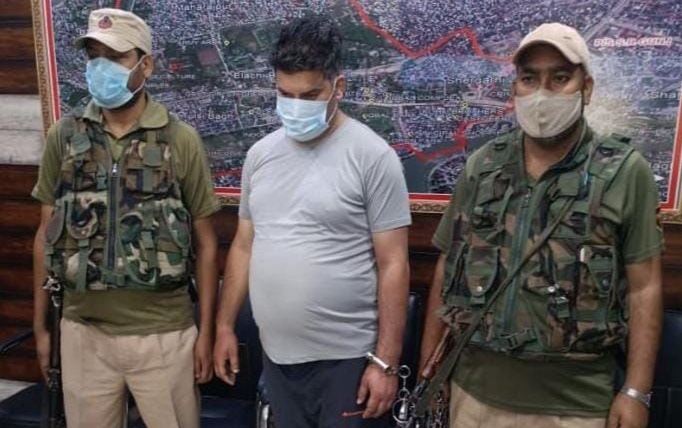 SRINAGAR: Police have arrested a man masquerading as a journalist for allegedly raping and blackmailing a student in Srinagar.

Police said Nadeem Ahmed Ganie alias Nadeem Nadu of Qazibagh, Anantnag was arrested after a girl filed a complaint. Police said the girl alleged that the accused lured her through his WhatsApp group and sedated her before committing rape.

Police said the victim also alleged that the accused took her objectionable pictures after sedating her. She said that he blackmail her and forced her into sex.

“The accused also took her gold ornaments. Pertinently,  the victim was a student at the time of the occurrence of this crime,” police said.

Police said a case under section 376,384,506 of the Indian Penal Code (IPC) has been registered in Women Police Station,  Srinagar.

“Investigation is undergoing in the case to unearth more facts and some more allegations made by the victim in this case,” police said.

Given the sensitivity of the case, police have constituted a Special Investigation Team to unravel the truth.

“Keeping in view the heinous nature of the crime, an SIT led by Owais Wani, DySP Headquarters, has been constituted. Other members of the team include Sleet Shah DySP, PC, Khalida Parveen, SHO women Police Station, and ASI Mohd Yousuf Shah,” police said.

“Srinagar Police assures all its citizens that crime against women will not be tolerated. Stringent punishment will be given to those involved,” police said.