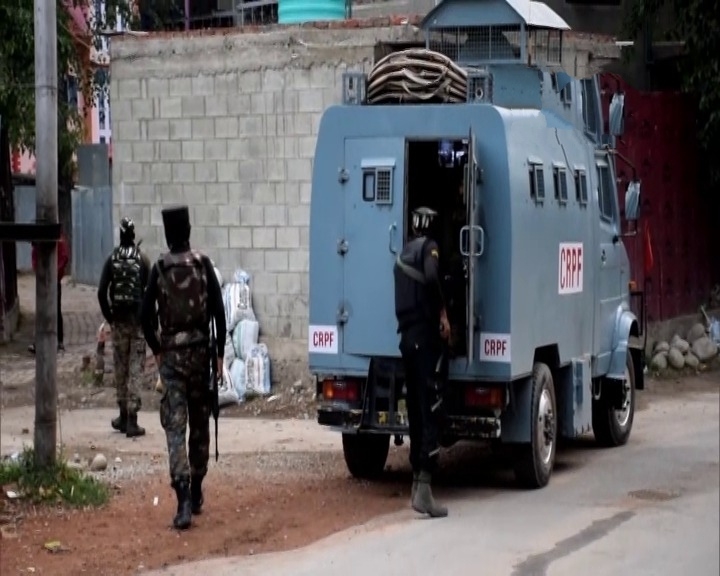 Srinagar: Three militants and a soldier were killed in an ongoing encounter between security forces and militants in Hanjin village of Rajpora hamlet in South Kashmir’s Pulwama district on Friday.

Quoting a senior police officer, news agency Kashmir News Observer reported that three unidentified militants have been killed even as the operation is on in the area.

The official as per the report said that militants turned down repeated surrender offers given to them by the security forces.

He added that a solider identified as Hawaldar Kashi Rao of 44 RR was also killed in exchange of fire.

Earlier an official said that a joint team of Police, Army’s 44 RR and CRPF launched a Cordon and Search Operation (CASO) on specific information about the presence of militants in the area.

Meanwhile, as a precautionary measure internet services have been snapped in Pulwama police district.