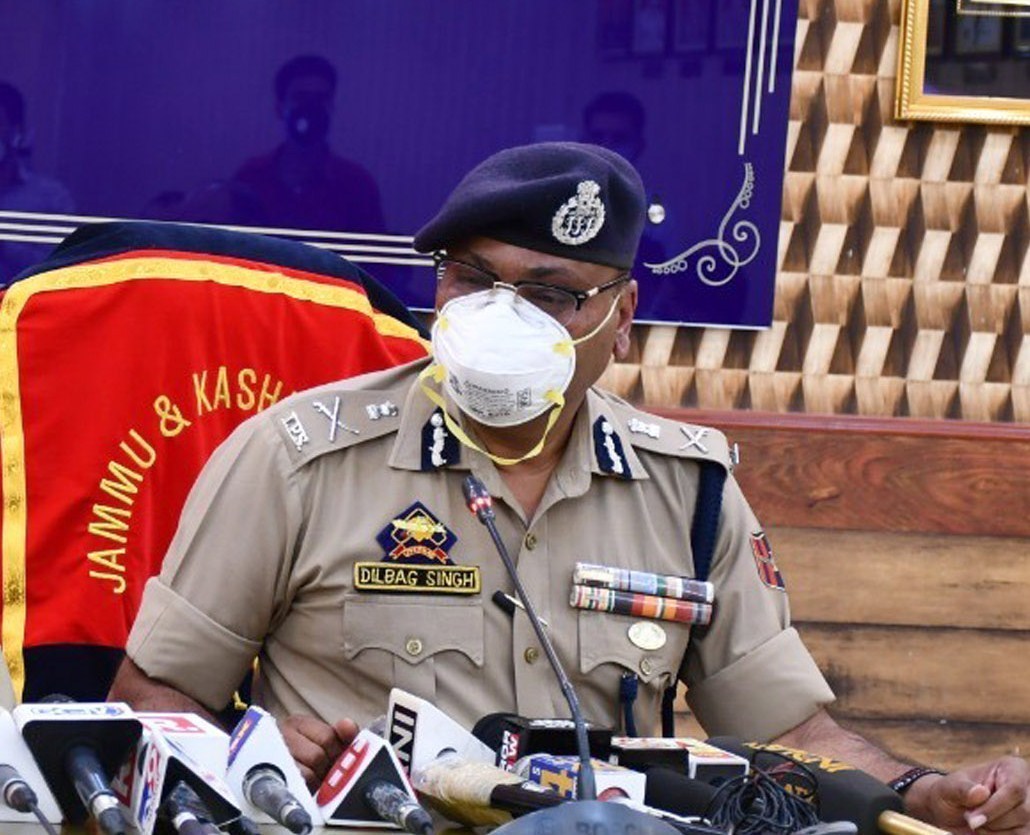 Srinagar: Lashkar-e-Taiba (LeT) militant outfit was behind the deadly Sopore attack in which two cops and as many civilians were killed and three others injured on Saturday, Chief of Jammu and Kashmir Police Dilbagh Singh has said.

Talking to the reporters on the sidelines of wreath-laying ceremony of the two cops killed in the attack, the DGP said LeT group was involved in it and they have identified the attackers, however, “further details will not be shared at this moment”.

Singh said that to enforce Covid appropriate behaviour in view of the pandemic, a party from Sopore police station under the charge of sub-inspector Mukesh Kumar was deployed in the chowk when the attack took place.

He said that the firing was retaliated by the police party during which some personnel were injured and civilians who had set up their fruit and vegetables stalls nearby also got injured.

“Subsequently, two injured cops succumbed to their injuries, identified as constable Waseem and constable Showkat and sub-inspector Mukesh and SPO Danish got injured. Three civilians were also injured of whom two later succumbed while another one was referred to Srinagar hospital for treatment,” he said.

He said they were looking into all the angles of the attack and forces have also launched a follow-up operation in the area and the perpetrators of the crime will be soon brought to justice.

Replying to a query, Singh said that militancy was “declining and control of the forces in all the areas was very good while operations were also being carried out”.

“However, due to Covid-19 there has been a decline in anti-militancy operations but the forces still have an upper hand and we are launching operations in all the areas,” he said.

“All those who are involved in this attack will be not be spared at any cost,” he added.