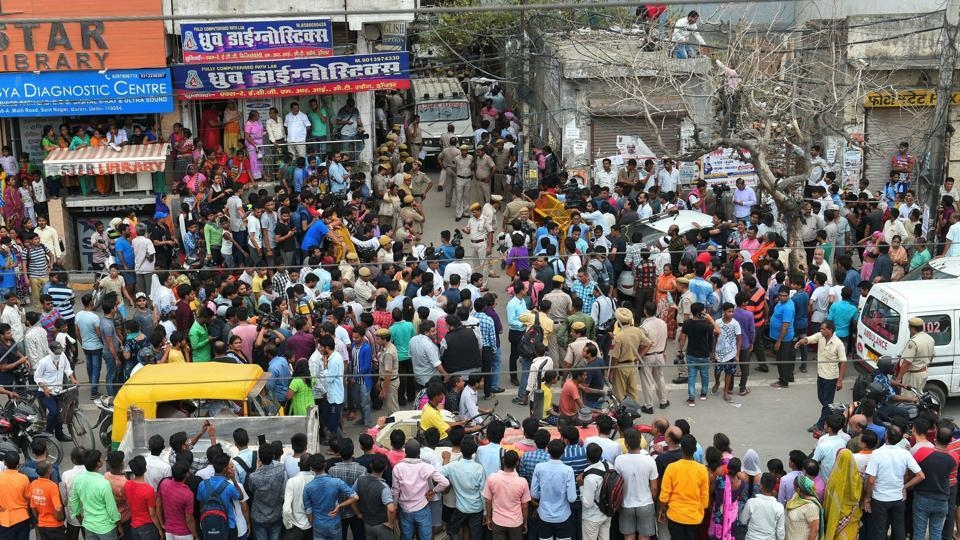 New Delhi:The notes recovered from the Burari house, where 11 members of a family were found dead on July 1, talks of ‘someone’s mistakes’ keeping the family from ‘attaining something’.
The notes also warn the family, “There is a possibility that you might not see the next Diwali. Don’t ignore the warnings.”
The dead include 77-year-old Narayan Devi, her two sons Bhavnesh Bhatia (50) and Lalit Bhatia (45), their wives Savita (48) and Tina (42) respectively, Narayan’s daughter Pratibha (57) and five grandchildren, Priyanka (33), Neetu (25), Monu (23), Dhruv (15) and Shivam (15).
The notes recovered from the house mentioned “wandering souls,” and Lalit, having visitations from his father’s spirit during which he would act and talk like his father and dictate notes, the police official said.
In a November 11, 2017 entry in the register, Lalit had mentioned about “someone’s mistakes” behind the family’s failure to “attain something.”
“Dhanteras has already been celebrated. You are far from achieving something due to someone’s mistakes. There is a possibility that you might not see the next Diwali. Don’t ignore the warnings. (Dhanteras aakar chali gayi. Kisi ki purani galti ke aabhaav se kuch prapti se door ho. Agli Diwali na mana sako. Chetavni ko nazar andaaz karne ke bajai gaur kiya karo),” the entry said.
The notes also mentioned “other souls accompanying the spirit of Lalit’s father”, who had died in 2007, and “how those spirits are still yearning for salvation.”
“Four souls are still wandering with me. If you improve yourself, these souls will be freed. You feel that by completing all the rituals in Haridwar, the souls achieve salvation. I am accompanied by the souls of others also,” said the note written in Hindi on July 19, 2015.
An entry also advised the family members for reading and “re-reading the notes” and following the instructions in them, while also cautioning the family members against “worrying too much about Lalit.”
The notes warned about how the construction of the house was delayed and how Priyanka Bhatia’s ‘manglik dosh’ affected her marriage prospects as “someone did not follow what was written in the notes.”
The entries also mentioned that the phenomenon of the spirit of Lalit’s father visiting his son would not occur in presence of outsiders in the house.
All the bodies were found blindfolded with the mouths covered with surgical tapes and white cloth. The limbs of eight of the bodies were tied. Police said the autopsy reports of Narayan, Bhavnesh and Pratibha had revealed that they had died of “partial hanging”. Except Narayan, who was found dead on the floor of a room, all the others were found hanging when police arrived.