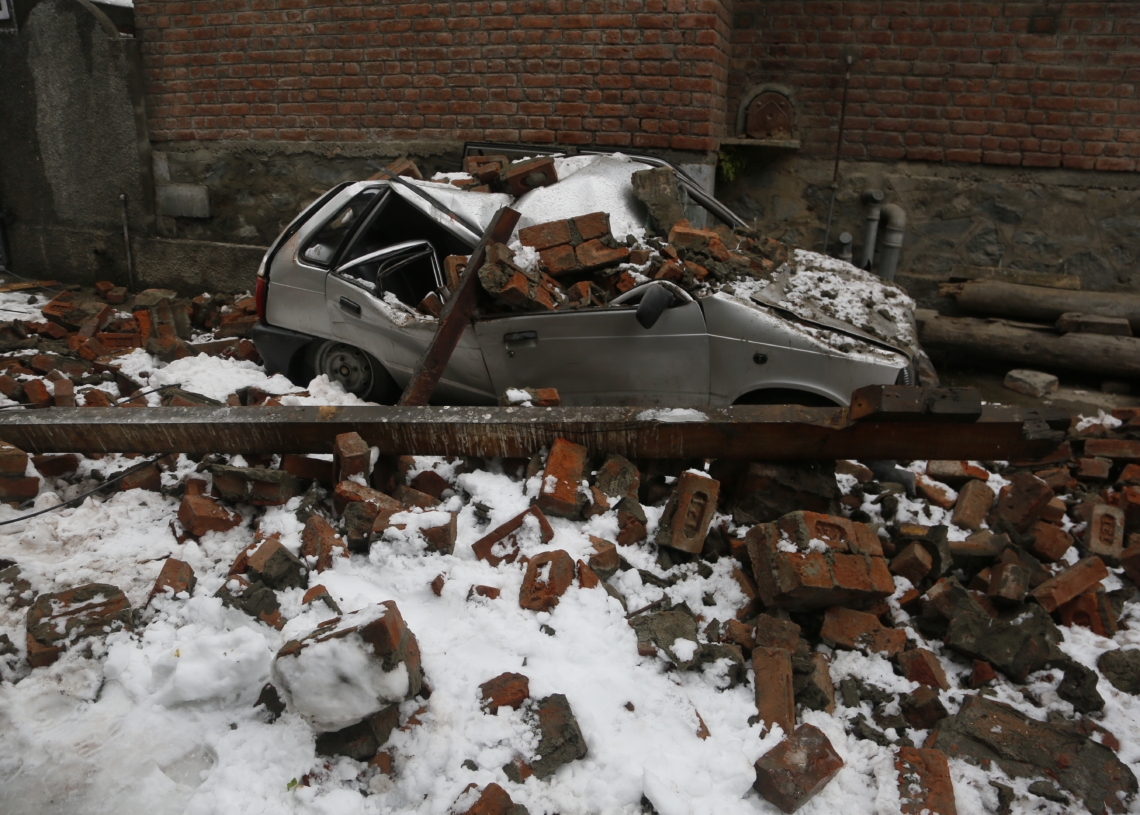 Srinagar, Nov 8: Early snowfall, one of the heaviest in recent years, has left a trail of death and destruction in Kashmir.

More than nine people including two army soldiers have been killed and property worth more than Rs 100 crore has been damaged due to the snowfall.

Two porters, Zahoor Ahmad and Manzoor Ahmad were killed when they came under a snow avalanche at Jhumgund village of Thehgam in Kupwara district on Thursday morning.

In a separate incident, Manzoor Ahmad, a resident of Shalimar died when a branch of Chinar fell on an auto rickshaw that he was travelling in, near Naseem Bagh-Hazratbal on Thursday afternoon. The auto rickshaw driver suffered grievous wounds in the incident.

Officials said a civilian was killed when he fell from a rooftop while clearing snow in Lassipora area of Pulwama district. Another civilian Mohammad Subhan died when ceiling of his home caved in during snow clearance at Beerwah in Budgam district. In a similar incident, Parvena Akhtar died when ceiling of her house caved in at Kulgam. Officials said Abdul Rashid Sheikh died when he came under a tree branch in Budgam district.

Two army men were also killed on Wednesday evening when their vehicle skidding-off the road due to snow in north Kashmir’s Kupwara district.

For the last 36 hours, Kashmir has plunged into darkness as power transmission and distribution lines have suffered extensive damages due to snow.

An official at divisional commissioner Kashmir’s office put the loss at Rs 100 crore due to the snowfall.  “Divisional Commissioner has asked deputy commissioners to carry out the assessment of the losses in their respective districts,” he said.

For the last 36 hours, Kashmir has remained cut off with rest of the world as air traffic remained suspended and Srinagar-Jammu highway blocked due to the snowfall.

“Air traffic is suspended since Thursday,” said an official at Srinagar international airport.

An official of Traffic Police Department said that government has deployed men and machinery to clear the Srinagar-Jammu highway. “If weather permits, traffic may be restored on Srinagar-Jammu National Highway by Saturday evening,” he said.

Road connectivity remained adversely affected in Srinagar and other districts as authorities failed to clear snow in most places of the valley.